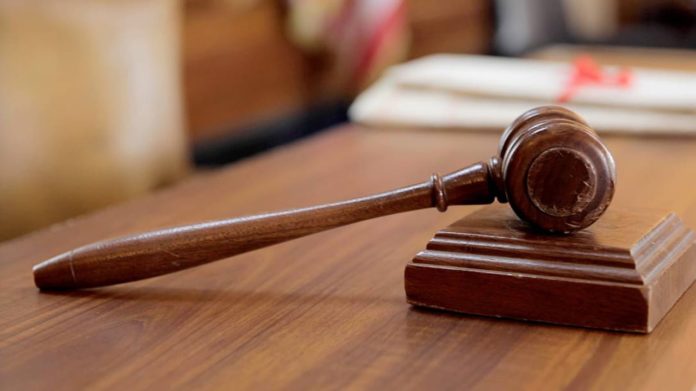 The Enugu Zonal Command of the Economic and Financial Crimes Commission (EFCC), has secured the conviction of three students over alleged forgery, impersonation, and obtaining money from unsuspecting foreign nationals under false pretences.

The convicted suspects were identified as Nonso Adudu, Anichebe Christopher and Onyedika Austin Leonard, were arraigned before Justice I.M. Buba of the Federal High Court sitting in Enugu

The Eastern Updates gathered that they were prosecuted on separate one-count charge.

The defendants pleaded guilty to the charges when they were read to them.

Ruling, Justice Buba convicted and sentenced them to two years imprisonment with an option of One Million Naira fine each. They are also to forfeit their mobile phones to the Federal Government.

Buba also convicted and sentenced four internet fraudsters to 2 years imprisonment with an option of One million Naira fine.

The convicts are Abraham Odinaka Afam, Nwobodo Anthony, Samson Ugwuoke and Enoch Ebuka Ezra. They were convicted having pleaded guilty to the charges brought against them by the EFCC.

The Court also ordered the forfeiture of their mobile phones to the Federal Government.

Facebook
Twitter
WhatsApp
Email
Telegram
Previous articleImo: Census Would Would Be Conducted In 2022 – NPC
Next articleIPOB Has No Respect For Democracy, Ex ACF Scribe Laments