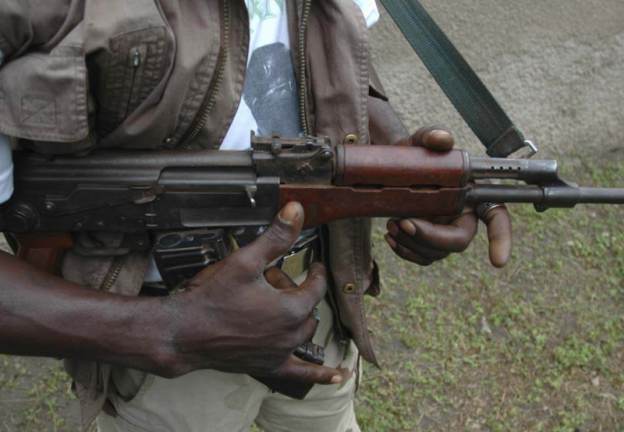 A good number of Unknown gunmen on Sunday opened fire on the convoy of Ebonyi lawmaker, Hon. Chinedu Awo, representing Ohaukwu North constituency in the State House of Assembly.

The Eastern Updates gathered that the ranking lawmaker’s convoy was ambushed by the gunmen on his way back to Effium community, his hometown.

According to eyewitness reports, the gunmen started raining bullets on his convoy as soon as they sighted him coming to Effium community.

Recall that Effium community has since January 2021, been engulfed in crisis, which according to investigation, has claimed hundreds of innocent lives and properties worth millions of naira.

The Ebonyi government led by Engr. David Umahi had deployed hundreds of security operatives to the Effium community with the aim of quelling the crisis but to no avail.

Recall that the Consultant handling the Ebonyi ring road project and four others with him, were kidnapped along the Effium axis of the ring road while supervising the project and has not been released till date.

It was learnt that the lawmaker sustained serious bullet injuries while trying to escape being killed by the said unknown gunmen.

He was rushed to the Alex Ekwueme Federal Teaching Hospital, Abakaliki where he is currently receiving treatment.