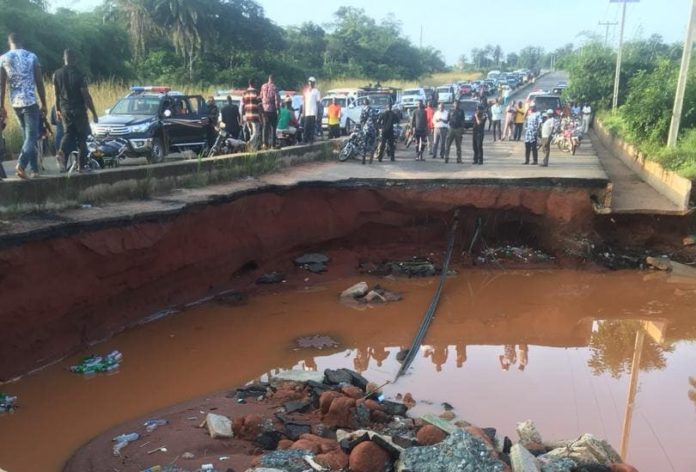 The time has come to ask a pertinent question about who will come to the rescue of those residents of densely populated World Bank Housing Estate, Sight and Service Estate, Federal Housing Estate, and Imo Housing Estate, Umuguma, New Owerri which is a part of the Imo State capital?

This painful question has been directed to the Imo State Government under Governor Hope Uzodinma numerous times but it has been left unanswered due to the very incompetent administration that is being run by him.

Imo is one of the states in the country with sad tales of poor roads made so by mismanagement and some other natural factors which could have been contained by Governor Hope Uzodinma. When Senator Hope Uzodimma mounted the leadership rostrum in January 2020 on his 3R Mantra of Recovery, Rehabilitation and Reconstruction baptised with the ‘Shared Prosperity’ slogan, a few sons and daughters of Imo heaved a sigh of relief believing that all would be well after all; however, events in the recent past have shown that all those were mere political statements.

On assuming duty as governor, Senator Uzodimma showed signs of putting all Imo roads in good shape especially the roads in World Bank. He started by calling on those contractors who were handling all road contracts under the seven months’ administration of Chief Emeka Ihedioha to continue as according to him, “Government is a continum.” Investigation however reveals that while some obeyed, others did not. This made him to re-award some road contracts and works started in earnest. With the ones he handled himself, there were signs of seriousness as the materials used showed the roads would be solid, but some months after the construction was done on the roads in the estate, it does appear both Uzodinma and the former Governor, Senator Rochas Okorocha are in the same bus as the roads have all deteriorated and ‘melted’ under the rains.

The major road leading to those estates has become a nightmare to the residents and this is a very terrible phenomenon and individuals residing in these estates suffer untold hardships because of the bad road especially during the rainy season.

More worrisome is that majority of those who have houses and reside in the mentioned estates have served in various capacities in past administrations or are serving the present one. Sometimes, whenever, it rains, the road users in the area either abandon their vehicles in the flood or refuse to go back home due to inaccessible roads.

Governor Hope Uzodinma’s government has succeeded in making the roads in Imo State hardly pliable and this is a terrible phenomenon when the other hardships that Imolites are going through are put into retrospect. It would be worthwhile if Governor Hope Uzodinma puts in some adequate work into the maintenance and repair of these roads.