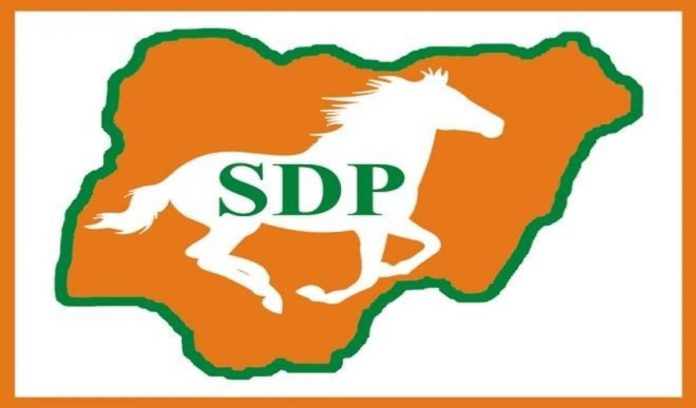 Ahead of the November 6th elections in Anambra, the National Working Committee of the Social Democratic Party (SDP) has suspended its State chairman in the state, Mr Wester Okonkwo, and the secretary, Mr Kay Anyachor respectively for alleged anti-party activities.

The Eastern Updates reports that party in two letters signed by the National Secretary of the party, Alhaji Shehu Musa Gabam said that both the chairman and secretary had shown gross insubordination and lack of capacity to unite the party in the State.

According to letter, the NWC has approved their suspension from office in line with the article 19.4 and 6 of the party constitution 2018 as amended.

The letter directed the suspended chairman and secretary to hand over to their deputies with immediate affect pending the further investigation and decision of the party.

SDP had also directed the deputy chairman and the Secretary to take over the office for smooth administration of the party.

Reacting, Mr Okonkwo said he saw the letter of suspension. He described it as a fallout of a ‘poorly managed and deceitful governorship project of the party in Anambra State.’

‘The party substituted its dummy candidate, Chief Arinze Ekelem with Dr Obinna Uzoh in July, and up till this day, October 24, Obinna Uzoh has not been seen by the State chapter of the party.

‘On the 3rd of September, I wrote a memo to the National Chairman explaining the situation on ground and they considered the memo as demarketing of the party and anti-party activity,’ he said.

In the meantime, Mr Syril Chinweuba and JohnPaul Ilodiuba have been handed over as the Acting Chairman and Secretary of the State chapter of the party, respectively in a meeting chaired by the South East Vice Chairman of the party, Chief Arinze Ekelem at Amawbia, Awka in the presence of other State executives.