HomePoliticsRise Up Or Resign Over Insecurity In Imo, APGA Tells Uzodinma
Politics

Rise Up Or Resign Over Insecurity In Imo, APGA Tells Uzodinma 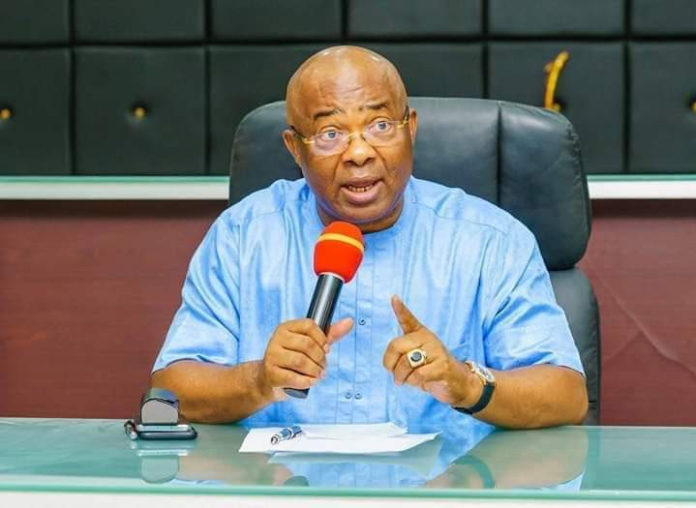 The leadership of Imo All Progressives Grand Alliance (APGA) has asked Imo State Governor, Hope Uzodinma to find ways to stop the killing in the state or resign if he is unable to provide adequate security to the people he is governing.

The opposition party said security of lives and property is paramount to the people, calling on Gov Uzodinma to rise up and combat increasing insecurity in the State.

APGA said, ‘Indeed, Imo State has become a fiefdom of killings as no week passes without one killing or the other with accusing fingers pointing at the infamous unknown gunmen.’

The party made the call on Thursday in a release signed by Hon. Emeka Nkwoada, APGA Publicity Secretary and made available to journalists in Owerri, Imo State capital.

The release which was made available to The Eastern Updates reads, ‘the leadership of Imo APGA has condemned the gruesome and senseless killing of two prominent traditional rulers from Njaba LGA.

‘The royal fathers, HRH Eze E A Duruebube and HRH Eze Sampson Osunwa of Ihebinowere autonomous communities, were among the twenty traditional rulers having their peaceful meeting at Njaba LGA before the dastardly act that left many injured and hospitalised.

‘It will be recalled that this latest killing is coming barely one week after soldiers and unarmed youths of Izombe, in Oguta LGA clashed, leaving in it’s wake, many deaths and houses destroyed.

‘There must be a stop to these killings or else the governor should resign if he cannot provide adequate security to the people he is governing. Security of lives and property is paramount to the people’.