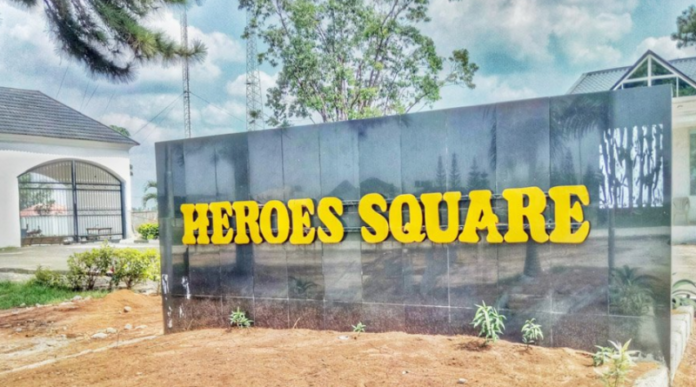 Imo State Governor, Hope Uzodinma has announced the renaming of the popular Heroes Square Stadium in the heart of Owerri, the Imo State capital, after the late Admiral Ndubuisi Kanu.

Admiral Kanu was the first Military Administrator of Old Imo State and Governor Uzodinma said that the late Naval officer’s administration impacted positively on the economy and infrastructure of Imo State.

At a brief ceremony to receive Admiral Kanu’s corpse on Wednesday at the Sam Mbakwe International Cargo Airport, Owerri, as part of activities to mark his Lying-in- State and Commendation Service at the Imo State Government House, Governor Uzodinma said the credit for the Owerri Master Plan goes to Admiral Kanu.

The Governor, therefore, proceeded to rename Heroes Square after the deceased officer – Admiral Ndubuisi Kanu Heroes square, noting that the decision was reached after due consultation and application of the Executive Order as it applies to his office.

Governor Uzodinma said that Admiral Kanu was a prominent Igbo son who served his people, his State and the country diligently and that he was instrumental to the return of democracy which Nigeria enjoys today following his involvement and other like minds in the National Democratic Coalition (NADECO).

He said Admiral Kanu will be sorely missed by Imo people, Ndigbo, Nigeria, the Military, particularly the Navy Community, his Civil Society associates and all those who came in contact with him.

The Governor who prayed God for the repose of Admiral Kanu’s soul also commiserated with the family for the loss and asked God to console them.

Earlier when the Military officers took delivery of Admiral Kanu’s corpse which was brought by the Nigeria Air Force Jet, the Commandant, Nigeria Naval College Finance and Logistics, Owerrinta, Navy Capt Usman Masari Bugaje had informed Governor Uzodimma that he had the instructions of his authorities to bring Admiral Kanu’s corpse to the Governor as well as for the family, to confirm that the corpse was his.

Some of the family members who confirmed Admiral Kanu’s corpse at the Airport include Ms. Simone Nnenna Abiona and Kelly Ndubuisi  Kanu.