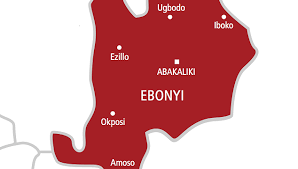 A pastor and a youth were left dead in Ebonyi State following a fracas between youths in Abakaliki.

In a statement which was made available to The Eastern Updates on Monday, signed by Police spokesman, ASP Philip Levi, he confirmed peace had been restored in the area.

The cleric was hit by a stray bullet while inside his residence.

They burnt houses after a man in the community was beaten up and he died.

The youths destroyed a hotel belonging to one Chukwudi Onyibe, Special Assistant to the Chairman of the local government on Internally-Generated Revenue.

‘Security agents shot sporadically to disperse the irate youths but a stray bullet hit the pastor of a Pentecostal church who resides opposite the hotel,’ an eyewitness narrated.

The Chairman of Abakaliki LG Council, Emmanuel Nwangele, described the incident as unfortunate.

‘I was informed that somebody died and that the youth were on rampage to the extent that they went to Bosco Guest House, but they were dispersed by the police’, he said.