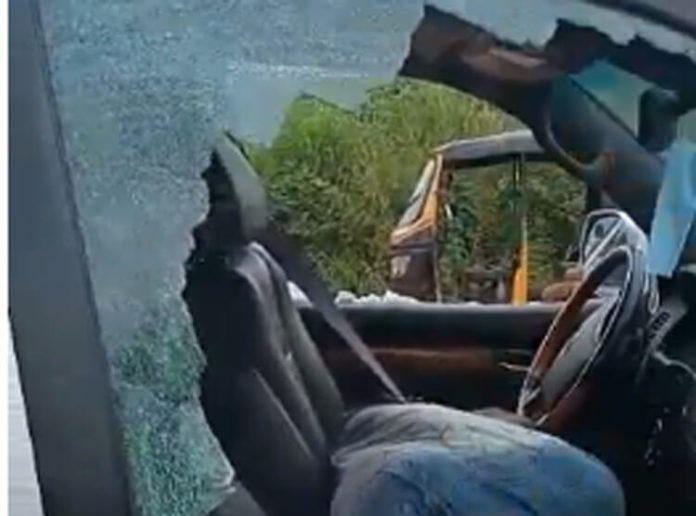 Unknown Gunmen on Friday allegedly killed the deposed traditional ruler of Aguleri, in Anambra State, Alex Edozieuno, and his driver, identified as Chukwuemeka.

The Eastern Updates gathered that both men were said to have been allegedly ambushed and killed at Otuocha in the Anambra East Local Government Area of the state in the early hours of Friday.

The former monarch had been deposed last year, after he joined 11 other traditional rulers to travel to Abuja with an oil magnate, Prince Arthur Eze, to see President Muhammadu Buhari, without authorisation by the government.

The PPRO said, ‘The Commissioner of Police Anambra State Command, Tony Olofu, has led a team of police operatives to the scene of murder incident along Ikem Ivife Village by Ezu bridge, Otuocha, Anambra East.

‘He described the incident as man’s inhumanity to man and ordered immediate investigation into the incident.

‘Preliminary investigation reveals that the victims, one Mr Alex Edozieuno, 62yrs old, a former traditional ruler of Nkpunado Community Anambra East LGA and his driver Chukwuemeka( other names yet to be identified) were attacked by suspected gunmen by 10 am along Ezu bridge, Otuocha.

‘The exhibits recovered from the scene include; one Lexus 470 with plate reg No Aguleri-1 belonging to the victim and some expended ammunition.

‘Meanwhile the bodies have been deposited to the Mortuary. Further development shall be communicated.’