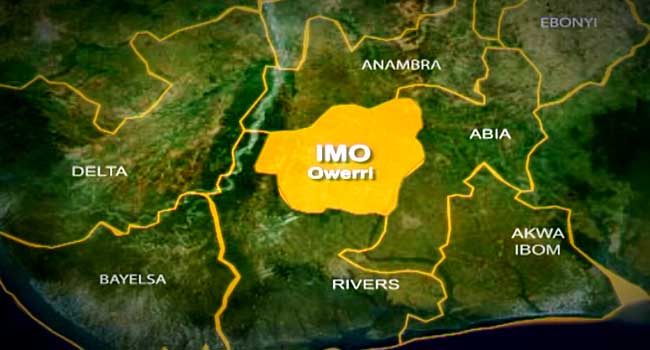 The Indigenous People of Biafra (IPOB), yesterday, claimed that the killings and beheading of people in Imo State were allegedly being carried out by the current Imo State government, which it said brought back fraudsters and ritualists who were chased out of the state during the Otokoto riot.

IPOB also challenged Imo State elders and political elites to be bold enough to ask Governor Hope Uzodimma, why the alleged fraudsters and ritualists have made their way back to the state or keep their mouths shut over linking of the crimes of killings and beheading of people to Eastern Security Network, ESN.

IPOB in a statement by its Media and Publicity Secretary, Emma Powerful, said: ‘We know their characters, their homes, and their stories well, and know-how the assigned governor of Imo State was hobnobbing with them as a Senator, and it was a matter of him becoming the Imo State chief executive for them to return with their boys to hide under the name of the government to continue unleashing terror on the people, the reason for which they were chased out of the state in the first place.

‘We want Imo State elders and political elites to ask the state governor, why his government has brought back people that were chased out of the state for their crimes back to continue their atrocious activities?

‘Imo elders and political elites should tell themselves the truth and be bold enough to confront the man they call their governor to ask him what has gone wrong and why the crooks are back in the state and some now made part of the government.’

IPOB, therefore, wondered why Imo State citizens  particularly, the elites have all turned blind, deaf and dumb, to the alleged bizarre things happening in the state under the current administration, but would be fast to conclude, believe hook line and sinker that it was the same ESN operatives that were protecting the state and other South-East states from killer herdsmen and other terrorist elements that were behind the heinous crimes.

According to IPOB, ‘We strongly condemn incessant unprovoked killings and attacks on innocent citizens of Imo State by the Nigeria security agencies supervised allegedly by the Commissioner of Police Imo State, Abutu Yaro.

‘The victims of this secret genocide are tagged ESN operatives and IPOB members by the wicked security agencies who give them a wrong identity to justify their extra-judicial killing.

‘For sure, every Igbo man and woman is IPOB but not ESN. ESN is a child of necessity and not for everybody. It is for a special group for a definite assignment which is mandated to defend our ancestral land our mothers, wives, and sisters against the Fulani invaders.

‘It is sheer wickedness for the Police and its sister security agencies to be killing Imo youths like fowls after parading them as ESN and IPOB members, while our governors, politicians, and traditional rulers are keeping mute.

‘The International community should not believe Nigeria and their lies against IPOB and ESN. The security agencies have tried hard to penetrate ESN, but it was not easy for them, then they decided to use propaganda and false allegations and information against IPOB and ESN.

‘Imo State governor in his desperation to demonize ESN and create confusion allowed security agencies o implicate innocent citizens of the state as IPOB, and has been encouraging them to kill his people, but he will one day regret all his actions.”

‘Any criminal or armed robber caught in Imo State now is branded ESN operative by Fulani Police Commissioner in Owerri. The pictures of those in the story published as arrested ESN operatives are suspects of other offences as well as innocent Biafrans.

‘The Nigeria Police has taken it as a norm every month to attack youths, parade them and brand them IPOB and ESN, to implicate innocent and responsible Biafra agitating group and our beloved ESN, security network.’