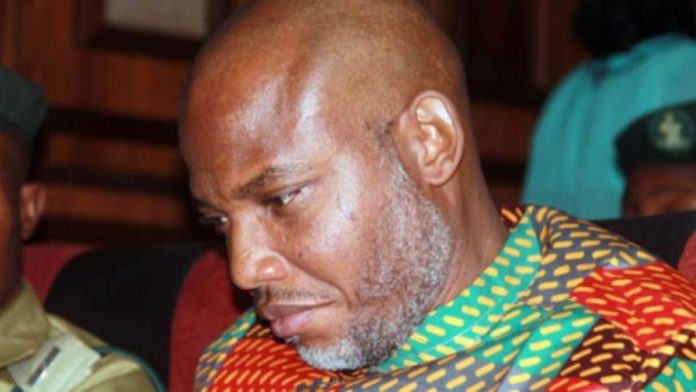 The family of the leader of the Indigenous People of Biafra (IPOB), Nnamdi Kanu has denied interfering in the affairs of the pro-Biafra group as being widely insinuated.

Speaking on behalf of the family, Emmanuel Kanu spoke against the backdrop of the power plays that led to the suspension of the earlier pronounced weekly sit-at-home order, said what the family did was to follow already laid down rules and did not formulate her own.

The immediate younger brother of the IPOB leader, Kanunta had penultimate week issued a directive, suspending the every Mondays sit-at-home order, citing the ongoing nationwide NECO Exam and other things as reasons.

The Eastern Updates gathered that this didn’t go down well with some leaders of the pro-Biafra group who insisted the order must be carried out. Although, it was finally suspended late last week.

Emmanuel said there was no way the family could dabble into the affairs of IPOB, adding that what it did in the sit-at-home debacle was to strengthen already laid down rule of the group.

‘The family can not dabble into IPOB issues, what we try to do is to obey the rule that had long been laid down.

‘What I will like to make clear as an IPOB member was that before the extra ordinary rendition of Nnamdi Kanu, there was already a laid down rule by IPOB which is under his command and control and nobody is exempted from that. Whatever they see play out, it’s an established rule guiding IPOB.

‘But I can understand People’s frustration, everybody wants him out immediately, and that’s why you see that desperation in some people.

‘What the family did with regard to the sit-at-home order was just to remind the IPOB leadership of an already established order and not trying to lord it over to them as some people may think’.

While maintaining that the leadership of IPOB remains intact, Emmanuel commended it for what he described as the great job it’s doing.

‘We are in is a win-win situation, our job is to make sure that everything is in order, we are one indivisible family and so we’ll remain’.

On the possibility of any dialogue with the Federal Government, Emmanuel said, ‘The position of the family is that whatever dialogue that will be taking place, it must be led by Nnamdi Kanu and he won’t be inside the prison; he can’t be in prison and we dialogue with anybody. First of all, he must be freed as a person and he can then lead whatever group that is going to do the dialoguing, that’s the position of the family.

‘Dialogue is what they should have applied in the first place, although they attempted that in 2017 before they tried to kill him which led to what I may call his involuntary disappearance’.