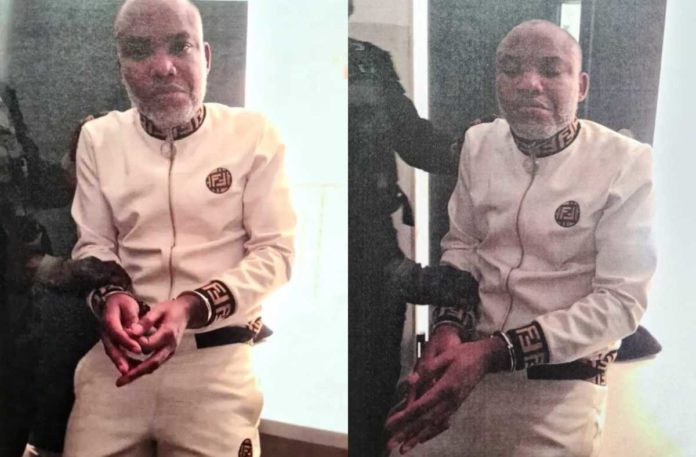 The family of Mazi Nnamdi Kanu has asked the Federal Government not to manhandle their son and the Leader of the Indigenous Peoples of Biafra (IPOB), who is currently in the custody of the Department of State Services, DSS.

His younger brother, Emmanuel Kanu, who spoke in Umuahia, said Nnamdi stood on the part of the truth and committed no crime to deserve any persecution.

According to him, Nnamdi was only asking for the freedom of Biafrans which is their fundamental human right. Hence, his right should be respected.

He said the whole world is watching on how the Federal Government would handle him.

Prince Emmanuel noted that his brother had awaken the consciousness of Nigerians about the goings-on in the country.

“He committed no crime, and the whole world is watching,” Emmanuel added.

Meanwhile, there has been uneasy calm across Umuahia, when the news of his aresst filtered in.

People were observed discussing the matter in hushed tones with some people still bewildered about the entire scenario, while some doubted the reality of the news.