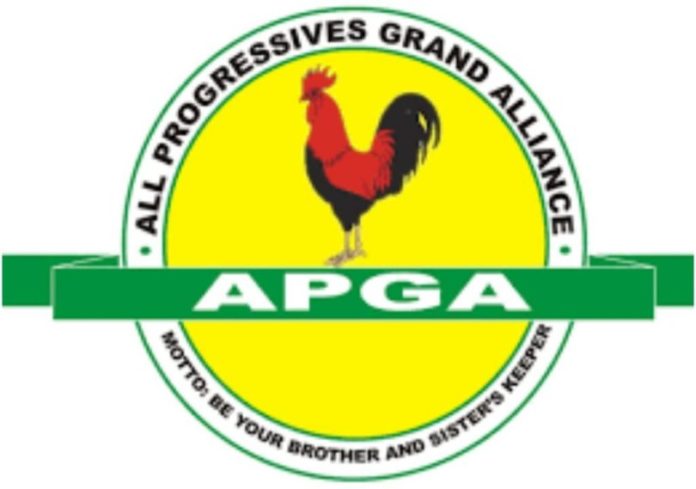 A faction of the All Progressives Grand Alliance (APGA) on Tuesday held its primary election in Awka, Anambra State, surprisingly electing the national chairman of its faction of the party, Edozie Njoku as a governorship candidate.

The Eastern Updates had earlier reported that the other faction of the party led by Dr. Victor Oye had on 23rd June elected former governor of Central Bank of Nigeria (CBN), Prof. Chukwuma Soludo as the candidate of the party for the election which holds on November 6.

Speaking after his election, Njoku stated that he was the authentic National Chairman of the party, adding that he was elected by consensus to fly the party’s flag in the election.

He words: ‘APGA has a very big chance. Don’t worry. PDP has got their enormous problem. APC has got the one even bigger than all. They are 15 or 16 in number. PDP is steaming, their pot is boiling.

‘The case in APGA is over. We don’t have internal problem. It is now a mandamus compelling INEC to recognize me as the National Chairman. I don’t have a case with Oye’

Speaking on the Jude Okeke-led faction of the party, Njoku said: ‘Jude Okeke, I never regarded him that much. In this Anambra State, he came up from nowhere on the 15th of June and said that he was the National Chairman; that his faction, Oye’s faction, and my faction; I hate calling myself faction but it’s just for you to understand it.

‘That Oye’s faction and my faction have been dissolved. You can’t do that because you need the two NECs to seat. If he came up on the 15th of June, he needs a 21-day notice and he doesn’t have that. That one is already dead on arrival.

‘I learnt that Oye has rushed up to the court to get an order against him. I don’t see that as necessary but if he did, it’s all good. But the thing is that I’m really in a battle because Oye did a purported convention without delegates.’

He said Soludo’s emergence as the candidate of the party was encumbered by ligation and pronouncements of the Independent National Electoral Commission.