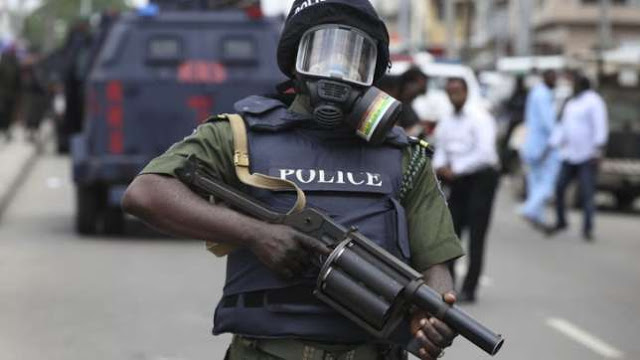 The Police in Imo State repelled another attempt by unknown gunmen to attack the command’s headquarters in Owerri, the state capital which has left many of the gunmen dead.

Five of the dozens of attackers were eliminated in a gun duel.

The Eastern Updates reported how churchgoers and other residents fled as the criminals went round the state capital.

Police Public Relations Officer, Bala Elkana, in a statement confirmed the officers recorded no casualties in the battle.

The spokesman said the gunmen made efforts to access the police headquarters through the Works Layout around Avan Nursery and Primary School but were pushed back.

‘They came in a white Hummer Bus, five of the hoodlums were killed during an exchange of fire and others were injured.’

‘The Hummer bus was recovered with four Ak47 rifles previously stolen from the police during a recent attack on its station’, Elkana added.

Security operatives have been deployed to apprehend the fleeing hoodlums.