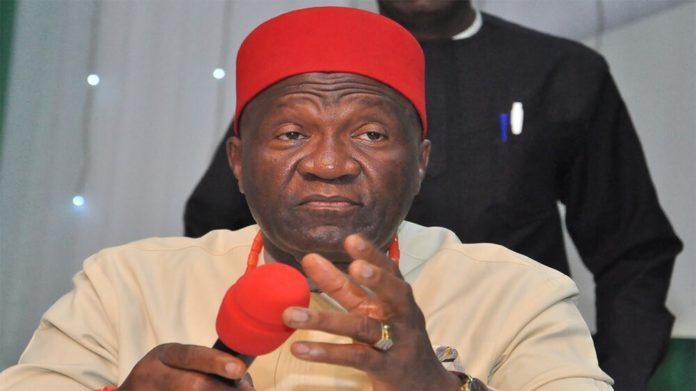 According to Nwodo, the South East has long been marginalized in the distribution of state entities and as such, the creation of an additional state would help give the people a sense of belonging.

‘No demand is as old as the demand for an additional creation of an additional state for the people and this shows it can be recommended’ he said.

He further noted that the demand for an additional state creation is unique in many respects because members of the federal and state houses of assembly, chairmen of local governments, and other citizens signed and gave their support.

He recalled that former President Goodluck Jonathan convened a national conference in 2014 where the need for additional state creation and other recommendations were made. He regretted that till now, the recommendations have not been considered for implementation.

‘If the recommendations that were given during that conference were adopted, we would not have gathered here today’ he said, adding that the time has come for Nigeria to be restructured in order to deal with the demands of all sections in the country.

Responding, Sen Ike Ekweremadu, who is the chairman, Senate Committee on constitutional review, said that no other state in the South-East had made a request for the creation of another state and that shows that the demand for Adada  State is the collective resolve of all citizens in the zone.