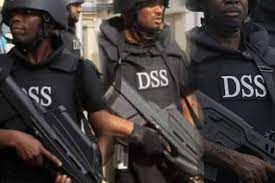 The Nigerian army has disclosed that it has carried out joint clearance operations with the Department of State Services (DSS) and the Nigerian Security and Civil Defence Corps (NSCDC) and killed seven operatives of the Eastern Security Network (ESN) in Rivers community.

The army also said that it arrested five of operatives of ESN, an armed wing of the proscribed Indigenous People Of Biafra (IPOB), while arms and ammunition were recovered from them.

The army in a statement made available to newsmen last night said the operation took place at about 6:15 pm.

The statement which was sighted by The Eastern Updates read: ‘6 Div in conjunction with Keystone, DSS, and NSCDC led by Brigadier-General MD Danja conducted clearance/raid operations at suspected IPOB/ESN camp in Agbochia Forest along Pipelines Road Ogali/ Kom-Kom boundary between Eleme and Oyigbo Local Government Area of Rivers State.