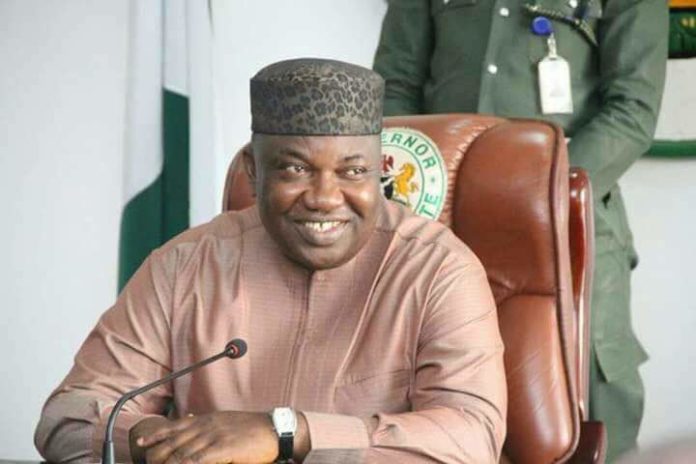 Governor Ifeanyi Ugwuanyi has declared his administration’s support for amendments in the Nigerian constitution.

He made the declaration on Wednesday while declaring open the zonal public hearing of the Senate Committee on the Review of the 1999 Constitution of the Federal Republic of Nigeria, as amended, holding in Enugu, for Enugu, Anambra, and Ebonyi states.

The Governor harped on the importance of unity and prosperity in an atmosphere of justice, fairness, and equity.

Therefore, he enjoined all relevant Institutions, Civil Society Organizations, Stakeholders, and entire Enugu State citizenry to avail themselves of the opportunity of the zonal public hearing to participate in the national conversation.

Ugwuanyi wished all senators ‘a very successful zonal public hearing on the proposed alteration of some of the provisions of the 1999 Constitution of the Federal Republic of Nigeria, as amended.

‘I particularly acknowledge the leader of the team and Senator representing Enugu West Senatorial District in the 9th Senate of the Federal Republic of Nigeria, Distinguished Senator Prof. Ike Ekweremadu, CFR.

‘I also recognize in a special way, Distinguished Senator Chuka Utazi who represents me and the people of Enugu North Senatorial District in the Red Chamber of the National Assembly.