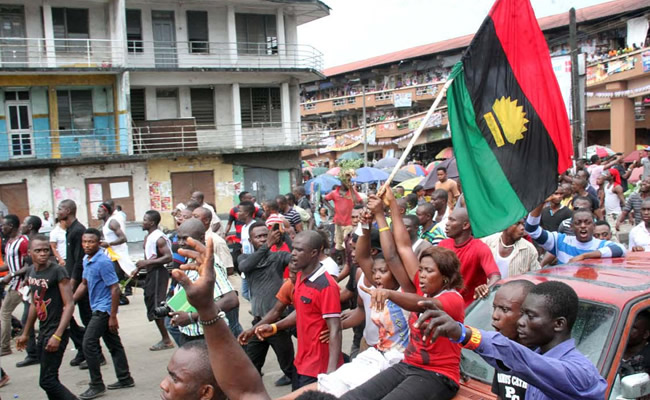 The Indigenous People of Biafra (IPOB) has formed an alliance with a pro-independence movement in western Cameroon, ‘Ambazonia Governing Council.’

From what was gathered by The Eastern Updates, the alliance between the separatist groups will see them exchange weapons and personnel to enable them to achieve their breakaway agenda.

IPOB is seeking to break the South-East away from Nigeria to form an independent country called Biafra. The group founded by Nnamdi Kanu has been attacking the Nigerian Government with claims that it marginalises the South-East.

Ambazonia Governing Council (AGovC) on its own part wants to break the English-speaking North-West and South-West regions from Cameroon.

A publication by an American news platform, Foreign Policy, said, ‘The scope of the alliance will include joint operations and training bases, Capo Daniel, the deputy defense chief of the Ambazonia Defense Forces, the military wing of the Ambazonia Governing Council said.

‘The groups will work to secure their shared border and ensure an open exchange of weapons and personnel, representatives of both the Ambazonia and IPOB movements said.’