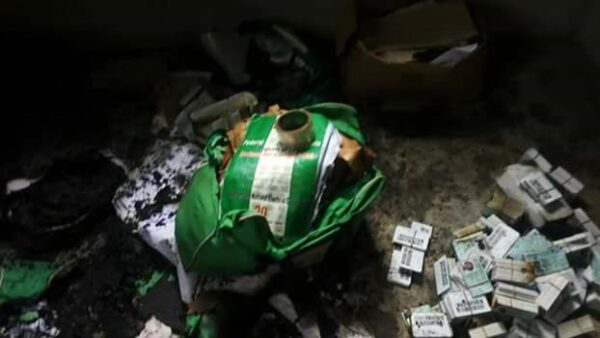 The chairman of the Local Government Area, Dr. Okorafor Ukiwe who confirmed the incident in a statement through his Special Assistance, Idika Michael stated ‘The Ohafia Local Government Council has received with dismay the unwarranted burning of facility of the Independent National Electoral Commission (INEC) in Amaekpu Ohafia at the early hours of Monday, May 10, 2021.

‘Based on earlier received intelligence report, It will be recalled that the Dr. Okorafor Ukiwe led administration mobilized the youths, hunters and Vigilante group to guide public facilities.

‘This attack is condemnable, especially coming at a time the commission just concluded inventory taking of electoral materials nationwide in readiness for the 2023 general election’.

The Council Chairman appealed to the general public to remain calm and vigilant in their activities and to report any suspicious movement to the nearest security outfit.

He assured that Governor Okezie Ikpeazu working in consonance with security agencies will do everything possible to bring the hoodlums to book.

Facebook
Twitter
WhatsApp
Email
Telegram
Previous articleSecurity Beefed Up In Umuahia Over Fear Of Gunmen Attack
Next articleINEC To Relocate Polling Units In Shrines, Churches, Others