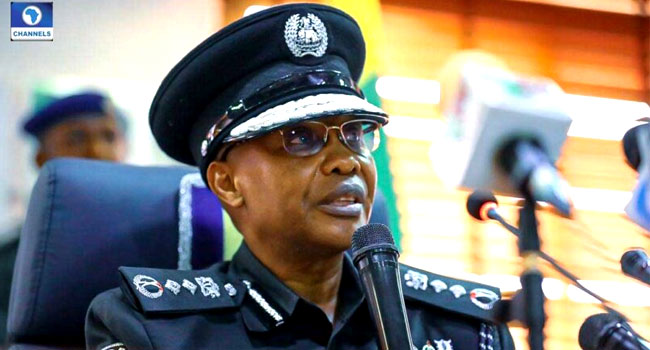 The Acting Inspector General of Police, Mr. Usman Baba, has directed the deployment of Mr. Christopher Owolabi, as the new Commissioner of Police (CP) in charge of the Anambra State Command of the force.

The Force Public Relations Officer (FPRO), Mr. Frank Mba, made this disclosure in a statement on Friday in Abuja.

Baba said the deployment of the new CP is part of the ongoing efforts to re-order, overhaul and strengthen the security and policing architecture in Anambra and other states in the South-East and South-South.

He said this is designed to improve the operational efficiency of the commands and enhance public safety and security.

Baba said Owolabi took over from Mr. Monday Kuryas, who had been redeployed to the Anti-Fraud Section of the Force Headquarters Annex, Lagos.

The IG urged the new CP  in Anambra to take adequate measures in consolidating and improving on the gains of his predecessor.

He also called on the new CP to rejig the security apparatus of the State and harness the full potentials of the command, its workforce, assets, and stakeholders to advance the safety of citizens.

Baba enjoined the people of South-East and South-South to cooperate with the Police and other security agencies to enable them to succeed in their responsibilities.