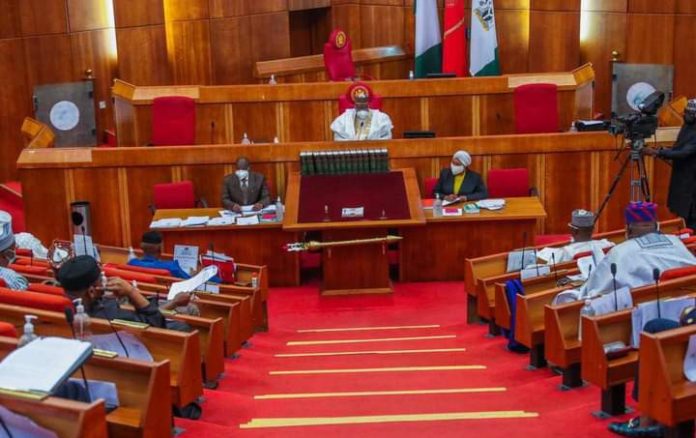 Ibezim took the oath of office at exactly 11:02 am during the start of plenary on Tuesday.

The oath was administered by the Clerk to the Senate, Mr. Ibrahim El-Ladan.

Recall that the Appeal Court sitting in Abuja had on February 16 affirmed the December 4 verdict of the trial Judge, Justice Inyang Ekwo of the Federal High Court, which disqualified Ibezim as the APC candidate over false statements contained in the educational documents he tendered before the party and INEC.

The suit was instituted against Ibezim by one Asomugha Elebeke, while APC, Independent National Electoral Commission (INEC), and Senator Ifeanyi Ararume were the respondents.

In a related development, a Federal High Court in Abuja on March 18, 2021, ordered the Independent National Electoral Commission to declare Chief Ifeanyi Ararume as the winner of the December 5, 2020 bye-election for the Imo North Senatorial District of Imo State.

Justice Taiwo Oladipupo Taiwo held in a judgment that Ararume remained the authentic candidate of the All Progressive Congress in the election as of today and should be declared the winner of that election.

But Justice Emmanuel Agim of the Supreme Court, while delivering a unanimous judgment of the panel on Friday, April 16, 2021, held that the suit and verdicts of the two courts cannot stand because it was statute-barred.\