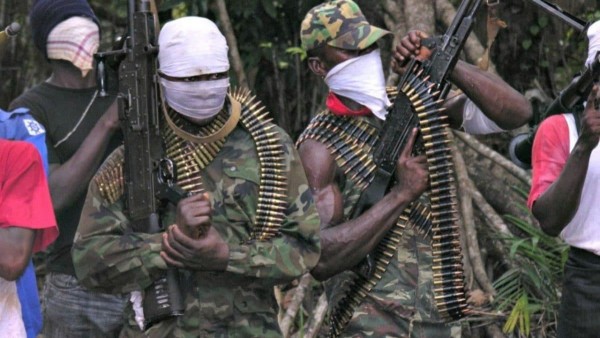 No fewer than 2 soldiers and 2 gunmen were reportedly killed Monday night when gunmen attacked soldiers at a Military checkpoint in Amasiri, Afikpo North local government area of Ebonyi state.

The Eastern Update can confirm that the incident occurred at Amasiri Junction around 9 pm.

A source from the area who pleaded for anonymity said ‘hoodlums yesterday attacked and killed two soldiers on duty at Amasiri Junction last night.

‘It happened at the Military Check point around the Timber Shade area. The hoodlums came unexpectedly and opened fire on the soldiers. Two of the soldiers died instantly but the soldiers were able to gun down two of the hoodlums while others escape’

When contacted, Police Public Relations Officer(PPRO), Ebonyi Command, Loveth Odah, declined to comment on the incident, saying it was not her duty to do so.

‘I don’t confirm matters that have to do with soldiers, except if it has something to do with the police’ she concluded.