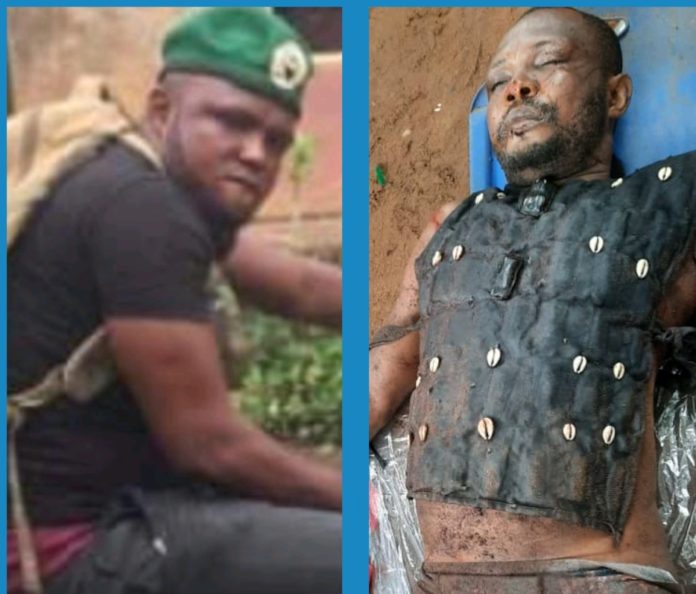 The Indigenous People of Biafra, IPOB has clarified that the murdered Commander of its security outfit, Eastern Security Network, ESN was killed while he was sleeping in his father’s compound.

This was contrary to the previous report by the Nigerian army that the commander was killed during a gun battle.

The Eastern Updates had reported that Nigerian security forces carried out a joint operation in Imo State on Saturday, April 24 which led to the death of the ESN Commander, Ikoson, and several others.

In a statement on Tuesday by its spokesman, Emma Powerful, IPOB alleged that the Nigerian security forces eliminated the commander over his decision to eradicate herdsmen from the Southeast.

‘The bitter truth the Nigerian Government didn’t want people to hear, which IPOB disclosed at the said interview, was that Ikonso was murdered in his father’s house, not in any imaginary ESN camp or battlefield as the liars would hope to have us believe.

‘The same Army, Police and DSS in Imo State that never for one day arrested or prosecuted any Fulani terror herdsman ravaging Imo State before the coming of Ikonso; the same Nigerian security agents that have always provided cover for terrorists and bandits, had the guts to ambush and kill the only man that drove Fulani terrorist herdsmen out of Imo State’.

The group which accused the Imo State Governor, Hope Uzodinma of plotting the death of the commander, had in a statement, vowed to launch a reprisal attack.