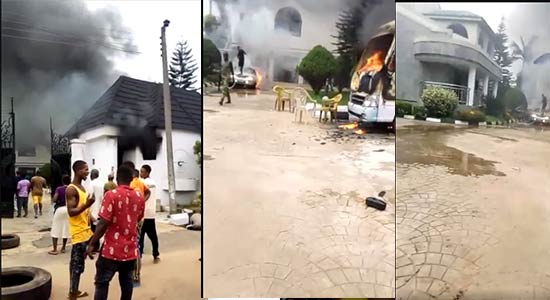 It was gathered that vehicles parked at the compound and part of the building were also affected by the fire ignited by the attackers.

Confirming the incident, Declan Emelumba, the state’s Commissioner for Information and Strategy, said: ‘It is true, but the information is not still clear.’

When contacted by The Eastern Updates correspondent, the state’s Public Relations Officer, SP Ikeowo Godson Orlando simply said, ‘I will get back to you please’.