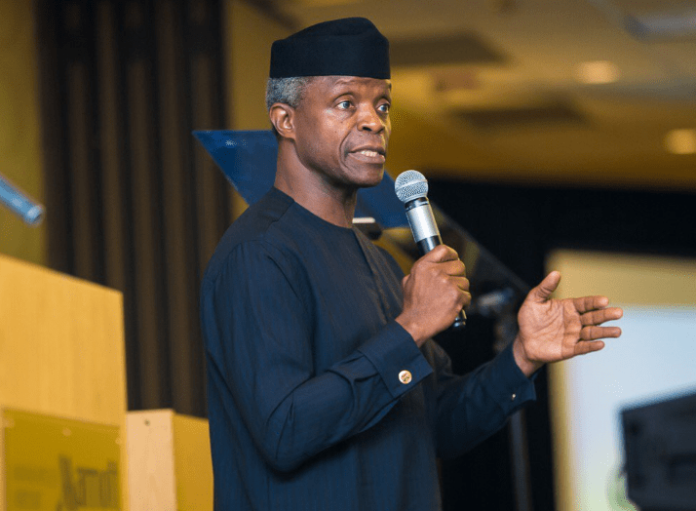 Vice President, Prof. Yemi Osinbajo has warned against disaster that could ‘consume everyone’ following the recent attacks on Imo State Correctional Centre and State Police Headquarters by gunmen.

Osinbajo warned that such path of violence can only lead to disaster, calling on citizens to come together and reject the agents of anarchy seeking to cause chaos for their own selfish interests.

The Vice President, spoke on Tuesday during a visit to Owerri, Imo State, after the Tuesday’s attack on the state prison facilities and police Headquarters.

The VP said the attack was an assault on the way of life of the good people of the state.

‘We must reject the agents of anarchy that are seeking to weaponize the frustration and discontent of our young people for their own profit,’ the Vice President said.

‘The path of violence can only lead to a disaster that consumes everyone and leads to the desolation of our communities.’

‘It is easy to take peace for granted, but we need not learn the value of peace through the horrible crucible of war,” he added.

Osinbajo called on Nigerians not to allow groups that want to sow violence and destruction use them.