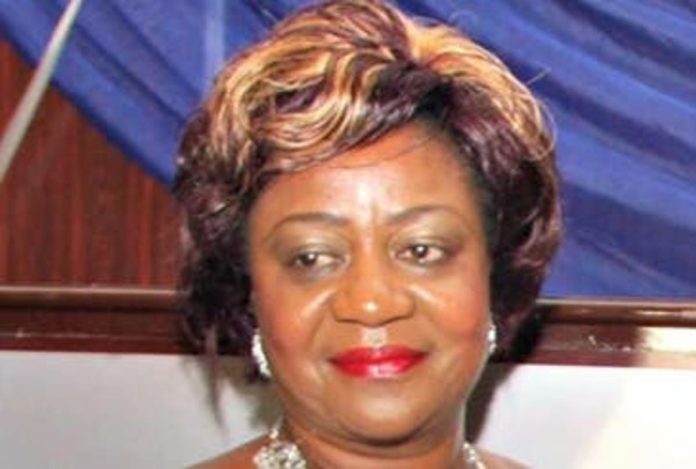 The Senior Special Assistant on Social Media to the President, Muhammadu Buhari, Lauretta Onochie, has declared that there will never be the Republic of Biafra again.

The special assistant made this assertion ton Monday following the Imo attacks which the police have accused members of the Indigenous People of Biafra of being the masterminds.

Onochie, who is from Southern Nigeria, tweeted a video showing the then Head of State, Yakubu Gowon, receiving the then Biafran Vice President, Major General Philip Effiong, who facilitated the surrender of the Biafran State to Nigeria in 1970. Effiong had assumed leadership of the secessionist state after the Biafran leader, Colonel Chukwuemeka Ojukwu, fled to Ivory Coast in the heat of the civil war.

‘The very day nails were put in the coffin of Biafra. There’ll never be Biafra again, Never!’ the President’s aide captioned the video.

Dissatisfaction over the Nigerian State and the quest for sovereignty had led Ojukwu to declare the exit of the Republic of Biafra from Nigeria in May 1967. The Biafran territory essentially comprised the South-East region of Nigeria.

The declaration led to a civil war that lasted two and half years as the Nigerian State under Gowon battled to unify the soul of the country using state powers and military might.

The war ended in January 1970 with the South-East region back in Nigeria but the civil war left a ghoulish imprint on Nigerian history with squalid tales of deaths, blood, hunger, horror, sorrow and more deaths.

However, decades later, secessionist agitations resurfaced in the South-East. The agitation, this time, is being championed by the leader of the Indigenous People of Biafra, Nnamdi Kanu.

The Buhari regime had in September 2017 outlawed IPOB and declared that the activities of the group constituted an act of terrorism and illegality.

Of late, IPOB formed the Eastern Security Network but the security outfit has no backing of the governors of the South-East. It has, therefore, been at loggerheads with state-authorized security agencies like the police and the army.