HomeFeaturesAttack On Soludo: We Have Arrested One Suspect - Police
Features

Attack On Soludo: We Have Arrested One Suspect – Police 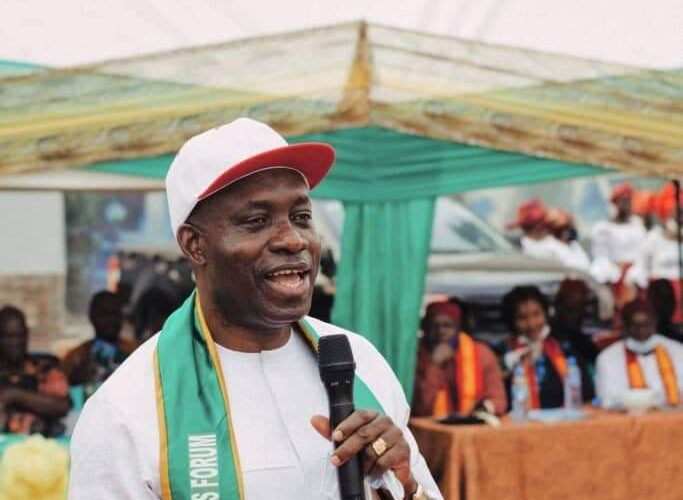 Following the attack on Prof Chukwuma Soludo, a former CBN governor and the governorship aspirant under the All Progressive Grand Alliance (APGA) in the forthcoming Anambra 2021 guber election, the Anambra State Police Command, has revealed that it has arrested one suspect in connection with the ugly incident.

The revelation was contained in a statement made available to journalists in Awka the state capital on Thursday by the State Police Public Relations Officer, DSP Ikenganya Tochukwu.

According to Tochukwu, the State Commissioner of Police, Mr Monday Bala Kuryas, in the evening hours of March 31, 2021, led a crack team of police operatives for an on-the-spot assessment of the venue of a stakeholders/ community meeting at Isuofia Civic Centre in Aguata LGA, which came under attack same date at about 1730hrs by yet to be identified, armed hoodlums.

The assailants were resisted by security operatives present at the event, and in the ensuing gun duel, three police operatives sustained severe gunshot injuries and were later confirmed dead in the hospital. Their corpses have been deposited in the mortuary.

Following the incident, the attackers abducted one Emeka Ezenwanne, the State Commissioner for Water Resources and Public Utilities.

Meanwhile, one person has been arrested in connection with the act.

Tochukwu said the CP also visited the former CBN Governor, Prof Soludo to reinforce the security in his house and the community entirely.

‘To this end, the CP while condemning the act, commiserates with the family and friends of the officers who paid the supreme price, ordered the immediate launch of a tacit investigation to unravel the mystery behind the incidence, as well as to bring perpetrators of the barbaric act to book.

‘He also called on the residents in the state to join hands in the fight against crime and criminality.’

In his response, the PPRO said, Soludo thanked the commissioner and his team for the quick response.