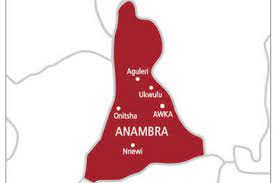 The natives of Nawfia Town in Njikoka Local Government Area of Anambra have elected Shadrach Moguluwa as the traditional ruler.

The new traditional ruler is an associate professor, he polled 111 votes to defeat his sole rival, Nnonyelu Okoye in the keenly contested race.

Chijioke Nwankwo of Nawfia, the former traditional ruler was deposed by Governor Willie Obiano alongside two others in December 2020 for misconduct.

The election was observed by officials of the Anambra state government.

Moguluwa thanked the people for their participation in the build-up to the election proper and promised to be father to all through an all-inclusive leadership.

He commended the leadership of the union for its focus and tenacity as well as the Board of Trustees of Nawfia town, led by Beluolisa Nwofor whom he described as a great gift of God to Nawfia.

He thanked the governor for his visionary leadership and pledged to do everything to deliver good governance to the people.