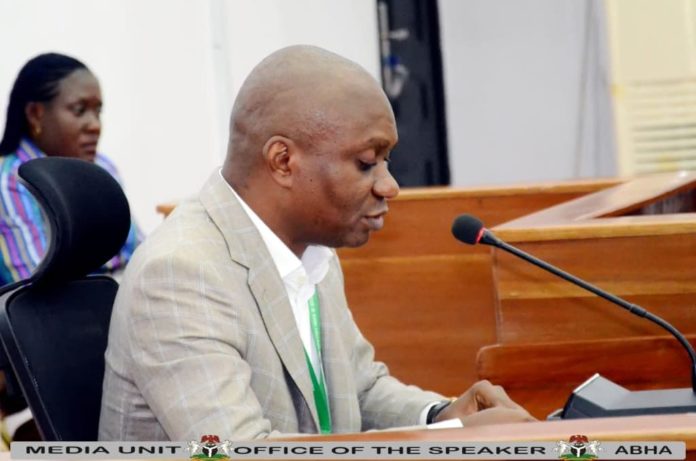 An Igbo group known as the Coalition of South East Youth Leaders, (COSEYL) has praised the Abia State House of Assembly for passing the Diaspora Commission bill.

The group was also full of praises for the Governor of Abia State Dr. Okezie Ikpeazu for assenting the bill into law, noting that that the house has indeed proved that they mean well for Abia people living in the diaspora.

The commendations where made known in a statement by the President-General of the group, Goodluck Ibem yesterday in Owerri, shortly after on arrival from Abuja, he noted that the Abia State House of Assembly headed by Rt. Hon. Chinedum Orji as Speakers has proved that the house is in serious business of ensuring that the welfare of Abia citizens at home and in the diaspora are taken care of.

According to the Statement, ‘Abia house leadership is indeed a group of great think-tanks who are in the legislative Chambers for serious business to make laws for the betterment of Abians who elected them at the polls.’ Ibem said.

He added ‘The bill which is expected to encourage Abia state indigenes in the diaspora on investments and development opportunities in the state and Nigeria, in general, will encourage our sons and daughters to come home and invest which will improve the country’s balance of trade and balance of payment.

‘The bill is also expected to establish the Abians in Diaspora Commission in order to monitor the welfare of Abia indigenes abroad which will encourage a cordial relationship between the government and its citizens. This will make Abians in the diaspora think home and come home to make their state better than it was when they left.

‘Abia Economic City will soon be a reality as Abians who are ready to invest in the commercial city can easily have access to the government through the Diaspora Commission.

‘The foreign earnings of the country will enhance and it will stem the tide of ‘brain drain’ as Abians will see no reason to travel abroad since what they might be looking for overseas have been brought to their doorsteps via the instrumentality of the Diaspora Commission bill.

‘The bill will ensure data capturing of Nigerians in Diaspora which will assist the commission to have adequate data of Nigerians living abroad for effective planning and budgeting purposes by the government.

‘Nigerians who by one way or the other are serving various jail terms will not be forgotten totally to rot in jail. Through the instrumentality of the Diaspora Commission bill, the commission will visit prisons outside the country to inquire about the welfare of the Nigerian inmates and see what could be done to assist them.

“The passage of this bill clearly demonstrates the citizens’ diplomacy stance of the government to its citizens anywhere they live,’  Ibem explained.

He, therefore, called on other states who are yet to pass the bill to borrow a leave from Abia, which he said has taken the bull by the horn by enacting this bill which has restored the people’s confidence in its government.