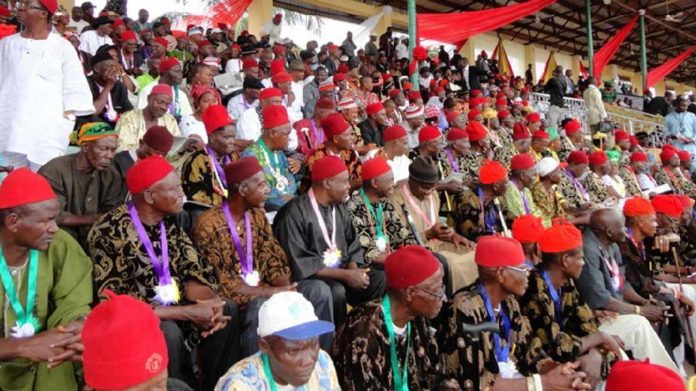 Igbo youths, under the auspices of the Coalition of South East Youth Leaders (COSEYL), have vowed they will resist any attempt by any individual, party, or group to work against the ambition of the South East to produce the next president of the country in 2023.

In a statement by its President General, Goodluck Ibem, in Owerri, yesterday, the group urged all political parties in the country to zone their tickets to South East, saying Igbo had highly qualified persons for the plum job.

‘Nobody can deny that fact. It is our turn and it is the sine qua non. The time for southeast to produce a Nigerian president is overdue. We have sacrificed, worked, and waited patiently for the plum job and we cannot accept any form of an excuse this time. It is an undeniable fact that Ndigbo has been more committed to the development and economic advancement of the country and deserve to be supported by other geopolitical zones to occupy the number one office in the country.

‘The orchestrated plot by some persons to jettison zoning now that it is the turn of the southeast to produce a Nigerian president in 2023 is a declaration of political war against Ndigbo. It is a calculated attempt to relegate to the background all sacrifices and political investments by Ndigbo towards the progress of the country and we will resist it.

‘The imperativeness of the moment demands that the All Progressives Congress (APC), Peoples Democratic Party (PDP), and other political parties must zone its presidential ticket to the South-East if we hold the unity and progress of this country at heart.

‘It is not only an insult to the people of the South East, it is also a total chicanery of the zoning principle that has been the hallmark of our national politics since 1999 and more pertinently, a deception of Ndigbo, who have invested their all since the return to democratic government.’

On the PDP’s decision to alter their zoning arrangement and give its ticket to any zone, Ibem said:  ‘In PDP, the rotation and zoning principle was engrained into the party’s constitution in 2009’.

‘Article 7 (2) (c) of the constitution states ‘in pursuance of the principle of equity, justice, and fairness, the party shall adhere to the policy of rotation and zoning of the party and public elective offices, and it shall be enforced by the appropriate executive committee at all levels’.’