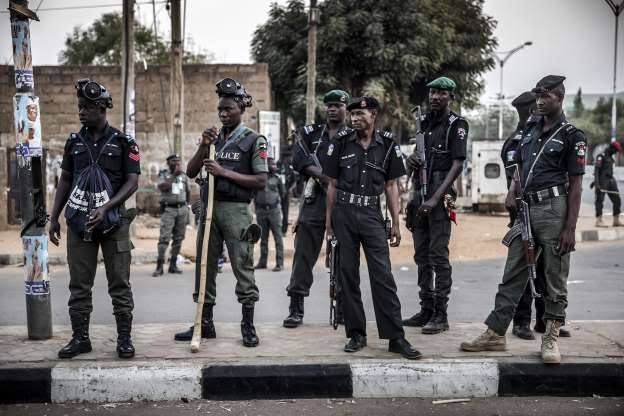 Following the incessant killing of Policemen by unknown Gunmen, residents in Aba, Abia State have alleged that all major Checkpoints in the locality seem to have been dismantled.

Some residents of Aba confirmed to reporters that policemen no longer come out to mount Checkpoints in the area as they previously do.
A resident who preferred to speak anonymously said, ‘I can confirm to you that no Checkpoints in Aba again’.
‘They have all been dismantled over fears of the unknown gunmen. Policemen no longer patrol again’, he said.
Read Also: Gunmen Open Fire On Divisional Police HQ In Imo, Kill Many
The is coming even as unknown Gunmen on Saturday night stormed the Isiala Mbano Divisional Headquarters located at Umuelemai in Imo State.
The gunmen, who freed suspects held in the detention facility, invaded the divisional headquarters armory and carted away arms.
According to eyewitnesses, the gunmen on arrival condoned off the Divisional Headquarters located at Umueze Road and opened fire.
‘On arrival, the suspects sacked policemen on duty, freed suspects, invaded the arms storage department of the facility before setting it ablaze.’