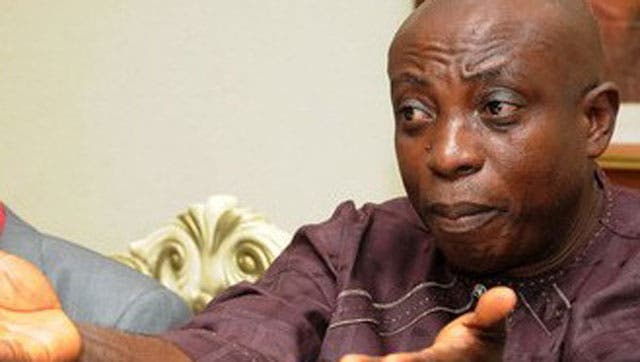 The Movement of Sovereign State of Biafra (MASSOB)/Biafra Independence Movement (BIM) has attacked the Indigenous People of Biafra (IPOB) for the establishment of the Eastern Security Network (ESN) describing it as an act of sabotage.

According to the group said Eze Igbo Gburugburu, Dim Chukwuemeka Odumegwu Ojukwu, and its leader, Ralph Uwazuruike, who started the struggle for Biafra independence, vowed to use non-violent means to achieve their aims and objectives.

Head of Information of MASSOB-BIM in Anambra North, Charles Igbokwe, in a statement, said the creating of security outfit bearing weapon was deviating from the original norm by the founding fathers to shedding of blood.

He said: ‘Whoever said he loves Biafra more than Ojukwu and Uwazuruike is a liar. It was very hard for Ojukwu to support Uwazuruike when he started his non-violence programme of actualizing Biafra in 1999.

‘Ojukwu said he didn’t want any bloodshed again until Uwazuruike proved him beyond a reasonable doubt that he is capable and would never deviate from non-violent to violence with a promise.

‘So, Eastern security is a sabotage to the Biafra struggle. Any group or organization in the name of Biafra that carries weapon is not among us therefore they are not with us they are saboteurs.’

IPOB leader, Nnamdi Kanu, had recently launched a security network which he said was to combat kidnapping, herdsmen menace, bandits and other crimes in the South East and parts of South-South.

He said the essence of establishing the security network was to protect the people of the area since the governors have allegedly failed in protecting the lives and property of the people.

‘We cannot watch our fathers, mothers, brothers, and sisters to be slaughtered by Fulani herdsmen terrorists who have the mandate of their leaders to eliminate us and take over our territory. We are determined to secure our territory from any attack,‘ Kanu said.