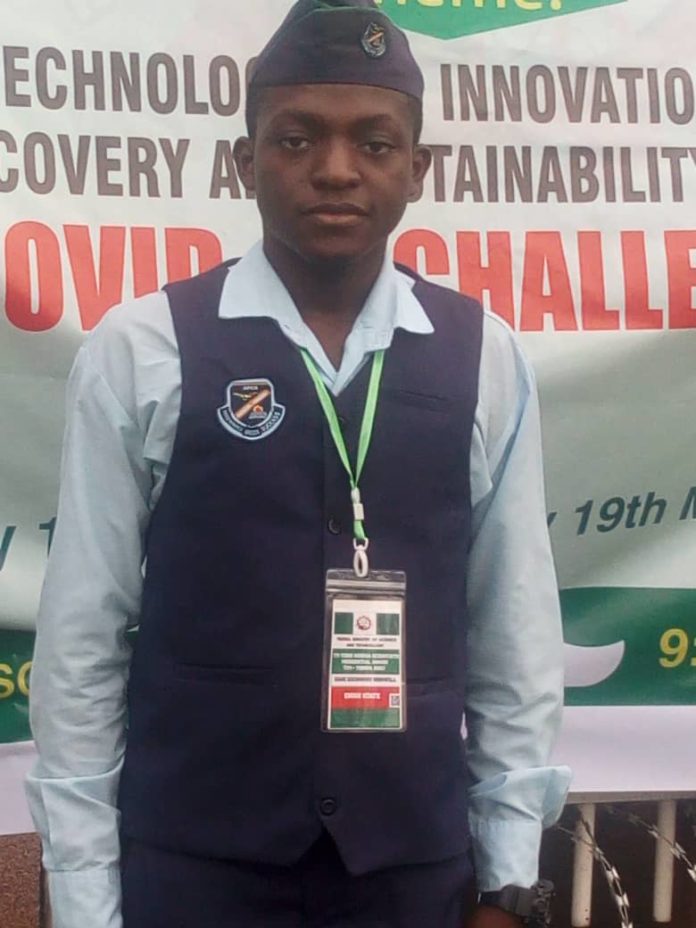 Master Edeani, a 16-year old student of Air force Comprehensive School, Agbani, Nkanu West LGA, won the first position at the ‘National Final Science Competitive Examination of the 774 – YONSPA‘, held in the Headquarters of the Federal Ministry of Science And Technology, Abuja, on Sunday, March 14, 2021.

The Enugu State Commissioner for Science and Technology, Sir. Obi Kama, on behalf of the state government, congratulated the winner for making Enugu State proud.

Obi who disclosed that Master Edeani was sponsored to the national competition by the Enugu Sate government, after he emerged winner in the exercise organized by the State Ministry of Science and Technology, stressed that the accomplishment was one of the fallouts of Governor Ifeanyi Ugwuanyi administration’s transformational agenda and huge investments in the education sector, especially in science and technology.

The Commissioner disclosed that Master Edeani is expected to be presented with a Presidential Financial Award of N1million and also a Presidential Academic Award/scholarship to PhD level in any Nigerian University, in Abuja, on Monday.