Delta Set To Battle FG Over £4.2m Linked To Ibori 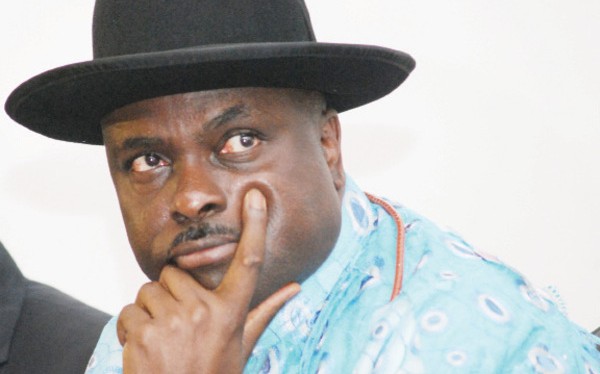 The Delta State Government says it will challenge the Federal Government’s plan to deploy the recently returned £4.2 million recovered from the former governor, James Ibori, at the Supreme Court.

The Commissioner for Information, Ehiedu Aniagwu, disclosed this on Tuesday while reacting to news of the repatriation of the funds, which the Attorney General of the Federation and Minister of Justice, Abubakar Malami (SAN), said would be used to complete the ongoing work on Second Niger Bridge, Abuja-Kano Road, and the Lagos-Ibadan road.

Aniagwu said the federal government can only take a percentage for the cost of the recovery but deploy the funds into federal roads in the state.

‘We would try to get take advantage of the legal system to make the federal government correct the injustice they are about to visit on us as a state,” he said.

‘If they are quite sure that the funds they are about to repatriate left Delta State on account of those who have governed the state in the past, on what basis would they now take the money to another place?’

Meanwhile, a civil society organization involved in asset recovery, the Africa Network for Environment and Economic Justice (ANEEJ), has advised the United Kingdom to openly disclose the full amount recovered from Ibori.

It also called on the Nigerian Governments to review the recently signed annex to the 2016 MoU on £4.2 million assets for its return to Delta State.

In a statement, ANEEJ’s executive director and head of Transparency and Accountability in Management of Returned Assets (MANTRA) project, Rev David Ugolor, wondered why returned asset of people of Delta State is to be used to finance federal infrastructural projects.