HomeFeaturesAmuchienwa Moves To stop Ohakim’s Suit Against Her Fails
Features 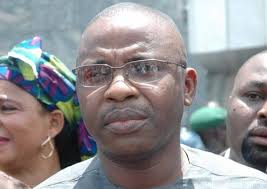 The High Court of Imo State has thrown out applications filed by one Chinyere Amuchienwa against the hearing of a fundamental rights enforcement suit instituted against her and the Nigeria Police Force by an Ex-Governor of Imo State, Dr. Ikedi Ohakim.

However, during the course of proceedings, the lady, who has been accusing Ohakim of wrongdoings for which Ohakim had sued her, applied to the Court to refer the case from the High Court to the Court of Appeal.

But responding, counsel to Ohakim, Aloy Ejimakor argued otherwise, stating that the case before the Court concerns enforcement of fundamental rights, not interpretation and application of the Constitution.

In her ruling, the presiding judge Justice IG Chukwunyere upheld Ejimakor’s arguments, ruling that ‘this application is pre-emptive and is therefore refused. The application fails and is accordingly struck out.’