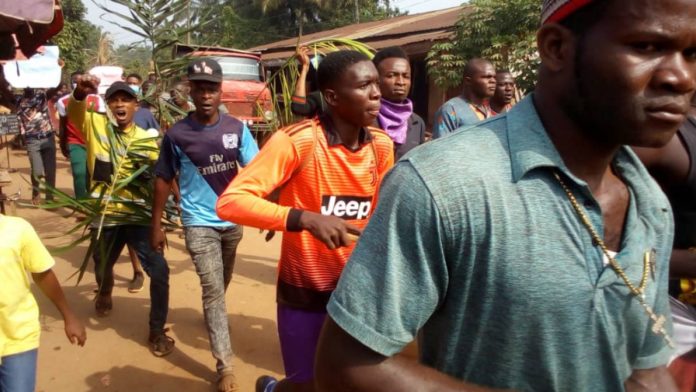 Another Community leader by name Mr Samuel Ani has become the latest victim in the crisis-ridden Oruku Community in Nkanu Local Government of Enugu State after he was shot dead in the area by unidentified gunmen on Wednesday.

The Police Command in the state confirmed the incident in a statement signed by its spokesperson, Mr Daniel Ndukwe in Enugu on Wednesday.

Until his death, Ani was the Vice Chairman of the Oruku Caretaker Committee.

This latest incident is happening just barely two months after the traditional ruler of the community, Igwe Emmanuel Mbah was shot and killed by alleged hoodlums while addressing his subjects on Dec. 26, 2020.

The incident sadly sparked a crisis that led to further destruction of lives and property in the community which subsequently prompted the state government to set up a Commission of Inquiry to look into the matter.

The deceased was expected to appear before the Commission on Friday before his death.

According to the statement, the Command received a report on Feb. 24, 2021, at about 7.30 a.m, that hoodlums suspected to be among the warring factions of Oruku Community, shot and murdered one Samuel Ani at his residence in the community.

Ndukwe said the Command had vowed to fish out instigators and perpetrators of the fresh crisis in the community.

‘The Command is intensifying all efforts to fish out and bring the perpetrators to book,’ he pledged.