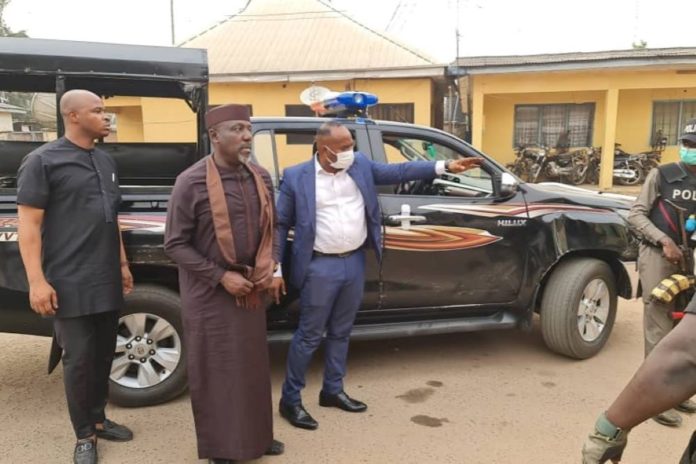 Imo State Commissioner for Information and Strategy, Declan Emelumba, stated that Senator Rochas Okorocha was actually released on Sunday by the police on medical grounds.

Speaking to Journalists, the Commissioner revealed that contrary to popular opinions, that the Senator only got released because he was frequenting the toilet throughout the period of his detention.

‘The man was purging and stooling consistently, the police had to release him on medical grounds to enable him to take care of his health. His release doesn’t mean he won’t answer to the offence he Committed’.

Okorocha is yet to respond to this claim as at the time of writing this report.