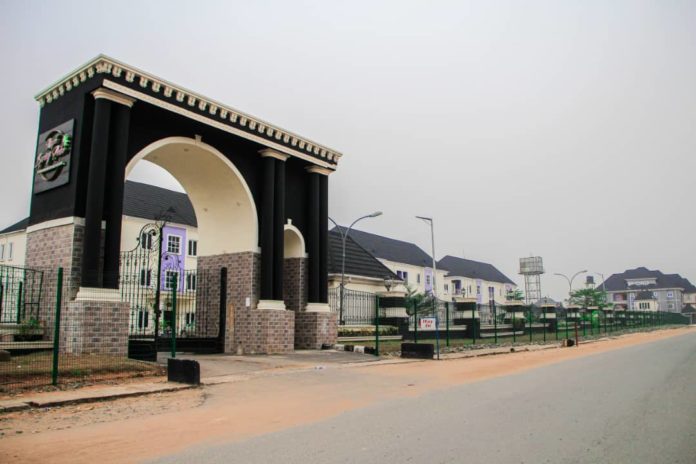 The Imo state government led by Gov. Hope Uzodinma on Friday sealed up the Royal palm estate, which is widely suspected to be owned by the wife of the former governor of Imo state, Nkechi Okorocha, built when Okorocha was the governor of the state.

The Commissioner for Lands, Enyinnaya Onuegbu, made this known to newsmen when he visited the place, months after after the place was locked down in line with the recovery agenda of the state government. speaking at the location the commissioner said, ‘The place has been sealed up and we have ordered the police to take over the estate until further notice.’

This is coming days after the Eastern Palm University, alleged to have been built by the funds of the state was recovered from the former governor. The university Okorocha, said was shared between his Rochas Foundation and the Imo state government, where Okorocha has 90 percent and the Imo government has 10 percent of its share.

Okorocha is yet to respond to this new development.