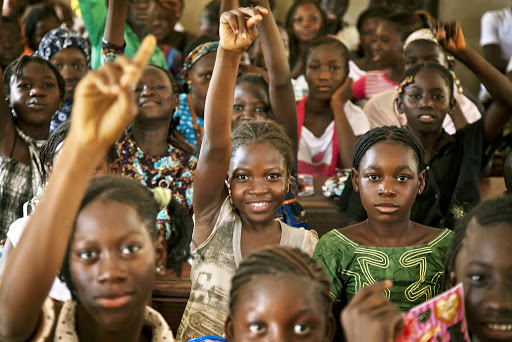 In the past, it was not fashionable in Igbo land to send girls to school. The kitchen was rather seen as the best place for them. Hence, they were given out early in marriage. Families preferred to send only the boys for an apprenticeship or to school for the few that had interest in education. Today, the situation has glaringly changed.

The average Igbo girl-child now competes favourably, if not better, with the boys, in the academic field.

Many parents in Igbo land were reluctant in the past to send their female children to school for the simple belief that there was no need to spend so much money educating them since they would be getting married and therefore would no longer be very useful to their maiden families. Stories were told of parents pressuring their female children to get married once they were in their teens so that their bride price would be used to pay the school fees of their male children.

It was common in the 1960s and 1970s to see more male children in school because most parents did not take female education serious. But all that has changed as females are competing with their male counterparts in school enrolment.

Although records in the Ministry of Education in Anambra State show that there are still more males than females in schools, the gap has, however, narrowed such that in few areas, the ratio of male to female will be 50:50. It was in the effort to increase female school enrolment that informed the deliberate policy of the Anambra State Government to encourage many communities to establish secondary schools for girls only in their areas. That decision paid off as many girls’ schools have excelled in competitions and external examinations where boys schools also competed.

The Regina Pacis Secondary School, Onitsha owned by the Catholic Archdiocese of Onitsha is a typical example. The all-girls secondary school won the World Technovation Challenge Competition in the USA in 2019. The school also won the national competition, which qualified it to represent Nigeria at the competition in the USA. The girls that represented Nigeria at the competition were Promise Nnalue, Jessica Osita, Nwabuaku Ossai, Adaeze Onuigbo and Vivian Okoye. They won the competition with a mobile application called the FD-Detector which they developed to help tackle the challenge of fake pharmaceutical products in Nigeria and beyond.

They applied the robotics and coding insights in solving existential problem of fake drugs. There was also the case of Miss Maduaforkwa from Ihiala in Anambra State who came tops in the 2020 West African School Certificate Examination for the entire country. With a remarkable feat from these teenage girls, it is clear that chanelling some importance to the Igbo girl-child’s education is very vital to driving human capital development in the Southeast region.

Other foreign Igbo women who have made tremendous exploits in their various fields include: Ashley Madekwe, Caroline Chikezie, Annie Ilonzeh, Carmen Ejogo, Dawn Okoro, Nnenna Okore. They are all products of great investments in the Igbo girl-child’s education.

From the Technology, Finance & Investment, Creative Industry, Education, Policy and Advocacy space, Igbo women have proved that they have the capacity to make exploits in their various areas both locally and internationally and it all begins with the value for female education.

It is time to invest more in female education in Igbo land. The estimated 10 million out-of-school children index in Southeast Nigeria which also includes female children has to be addressed urgently to curb the incidence of early-child marriage, poverty, illiteracy, prostitution, amongst others.

Policymakers must also create an enabling environment for increasing gender participation in the political, business, financial market, technology and even Agricultural sectors, providing a valuable pipeline for the educated Igbo girl-child to be transformed into women that will be agents of national transformation.