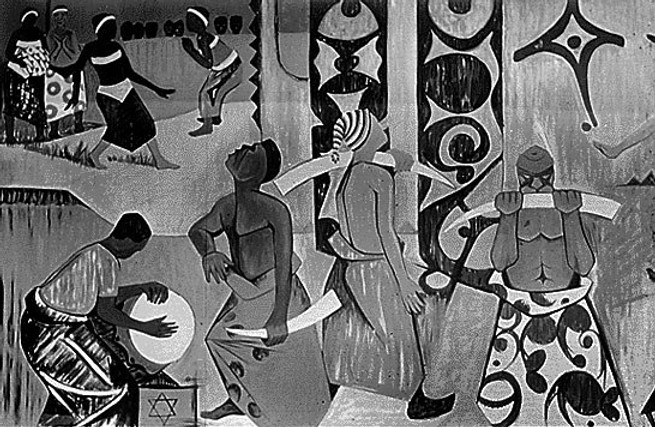 The eastern part of Nigeria largely occupied by the Igbo tribe, is rich in culture, customs and traditions and one of the tenets that has survived the rage of civilisation and modernisation is the art of storytelling.

Interesting and educative folktales which have been passed down from generations to generations from the ‘ancestors’  are told to children in the bid to preserve the norms and culture of the tribe, imbibe good morals and instill the spirit of communal love amongst members of their society.

These Igbo folktales which paint colourful pictures of spiritual life and traditional aspirations are regarded as fictitious, incredible, mythical and totally removed from real life situations. However, with regards to their functionality, these folktales exhibit elements of truth that translate into realism.

Folklore is one of the pillars of Igbo culture and informal school through which children get inducted into the society. But due to lack of vocabularies, documentation, wide travel, as well as the incursion of Western education, it has started going extinct, like others spoken by prominent ethnic groups of the world.

Yes, the Igbo language lacks vocabularies; hence some Igbo words are just transliteration or outright foreign. Words like uncle, nephew or cousin do not have a particular word in Igbo. Also, some foreign items like blanket and table do not have real Igbo names.

In documentation, originally, the Igbo were not known to be writers, but they have embraced Western education and applied their inherent ingenuity, which shot them to prominence.
You cannot discuss African literature or folklore without a mention of great writers like the late Chinua Achebe, Cyprain Ekwensi, Buchi Emecheta. Ike Chukwuemeka and others.
Igbo ingenuity is appreciated even by personalities from other ethnic groups. Former President Olusegun Obasanjo stated in 2019 that the Igbo are the most intelligent, technically-gifted and smartest ethnic group in Nigeria.

Maybe they think themselves very smart that they pass their custom and tradition normally by word of mouth, which, in itself, introduced ‘Chinese whispers’ into the messages.

With the Igbo’s nature of travelling wide, they pick up the languages of their hosts and sometimes in the process, they drop these folklores and their mother tongues either to be accepted or for career reasons. There is no part of the world today that the Igbo man does not live.

Western education came and drove the last nail into these folklores and the Igbo language. Today, it is common to hear what Zigima exponent, Bright Chimezie, tagged ‘Engligbo’ – the admixture of English and Igbo language to form a word and as a result of this, the language has started fading away slowly.

But efforts are being made to revive the Igbo identity. The yearly Ahajioku Lecture, which gave birth to the first official Igbo dictionary, is a case in point. National television programmes such as Icheoku and The New masquerade in the 20th century suffice. Also, Igbo cultural centres in the United States and other countries, where the Igbo domicile, are doing their best to revive what is left of the language in the international limelight.

The Igbo language symbolises the Igbo people and everything that the Igbos stand for and folklore has always been one of the standing pillars of the language. It would be foolhardy to lose something as important as a cultural identity while in search of other secondary needs.