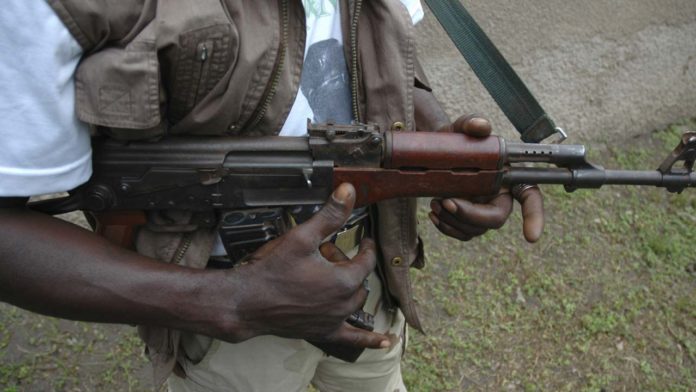 The incident, which occurred in the night around 8 pm at a bad spot near Lake Town Hotel, adding that two other officers attached to the team sustained severe bullet injuries.

The source who pleaded anonymity lamented that the road has been a safe haven for armed robbers who unleash terror on innocent passengers and drivers on a regular basis particularly at night. Decrying that no fewer than 10 policemen have lost their lives on that road to armed robbery attacks in the last four years, the source who is a commercial driver plying the route on a daily basis,  said he was directly behind the vehicle which the armed robbers used to carry out the operation.

The driver said on getting to the checkpoint which was just by the bad spot, the suspected armed robbers opened fire on the policemen who returned fire, adding that some of the policemen ran into the bush. Lamenting that two police Inspectors were found dead and two others sustained bullet injuries when the dust had settled down, he said ‘the armed robbers asked us to reverse and go back that they were for the policemen. So many passengers including me also ran into the bush for safety. Police patrol Hilux and sienna buses later came to the spot’.

A community source who also spoke to the newsmen on condition of anonymity, said: ‘Four Operation Delta Hawk, a new security outfit launched by Governor Ifeanyi Okowa entered Ugbolu community about an hour after the robbery incidence’. The source said the deceased was taken to the mortuary while the two injured officers were taken to a hospital (names withheld) in Asaba for medical attention.