Drug Abuse: NDLEA Makes 116 arrests In One Year In Enugu 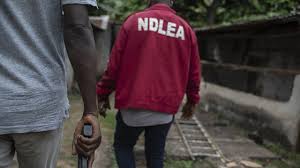 Abdullahi said this on Tuesday in Enugu during a sensitisation programme and town hall meeting on ‘Preventing Drug Challenges in Enugu State: The Need to Mobilise Stakeholders for Collective Action’.

The commander said that the suspects were made up of 112 males and four females. He mentioned the substances that were seized from the suspects to include 2.5 tons of cannabis Sativa, 76.5 grammes of cocaine and 3.44 grammes of heroin. Others are 119.45 grammes of methamphetamine and 30 kilogrammes of psychotropic substances.

He said that the command also secured 29 convictions within the period while 14 persons were undergoing rehabilitation.

Abdullahi said that it was sad that in spite of the anti-drug crusade of the agency, ‘incidences of drug abuse and trafficking appear to be making inroads in the society. ‘This is threatening the foundation of the society and the most disturbing is the active participation of youths in this business,’ he said.

He said that the deadly effects of drug abuse needed to be a wakeup call to parents, brothers, sisters, schools, government, traditional rulers and others. “Most persons who use drugs now will later regret it. Some remain unemployed, unemployable, mentally damaged and die early in some cases,’ he said.

Abdullahi said that though it was difficult to stop the usage of drugs when addicted to it there would always be hope for dependent persons. In a lecture, the South East Coordinator, International Society of Substance Use Prevention and Treatment Professionals (ISSUP), Prof. Michael Ezenwa called for compulsory rehabilitation of offenders instead of prosecution.

Ezenwa also appealed to Enugu State Government to create a comprehensive policy on drug abuse management and education. He said that the state was rated as having the second-highest estimated drug abuse prevalence in the region according to a 2018 research by the United Nations Office on Drugs and Crime