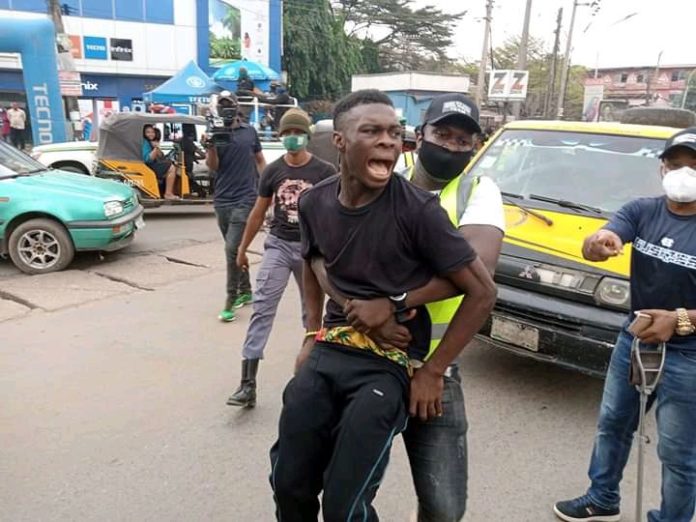 There was a serious fracas in Onitsha on Tuesday as the Anambra State Face Mask Enforcement Team arrested residents who defaulted and broke the newly signed Presidential order by not wearing their face masks.

The task force which was a combined team of operatives of the Police, Prison officials, traffic wardens, and members of the OCHA brigade, bounced on defaulters and hurdled them into a waiting mobile cell popularly called Black Maria for onward movement to the mobile court.

According to reports we got from social media, the incident happened at the Ogbommanu Junction, Onitsha, and other places.

The arrests left a lot of people running as many left their shops and fled.

Some unfortunate ones were captured and dragged to the Black Maria while others managed to go home scott free.

Also, some tricycle operators, popularly known as Keke napep, and bus drivers who got wind of the situation, negotiated U-turn and fled.

It was indeed a full drama sketch as people literally laughed out their hearts.

The climax of it all was when a product promoter, a young man was demonstrating his dancing skill along the road without a facemask.

An official promptly lifted him from the back and landed him on the Black Maria while crying for help.