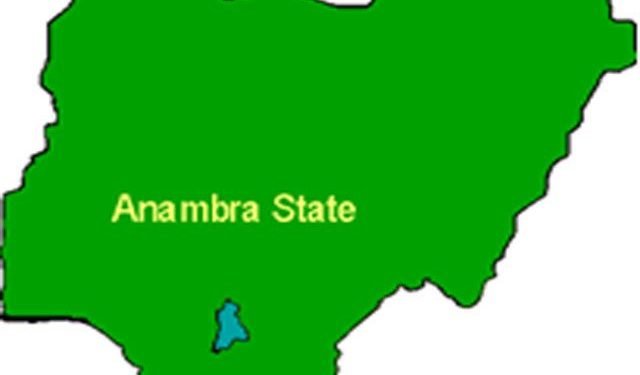 There was tension in Oyi Local Government Area of Anambra state on Tuesday following a boundary dispute between Ezi Nkewelle and Osile Ogbunike communities in the area.

Some hoodlums reportedly acting on the instructions of one of the communities had blocked the road in an attempt to stop the other party from taking possession of the slaughter market, an action that led to the smashing of some vehicles in the area.

Addressing newsmen on Sunday, Chairman of Ezi Nkwelle community, Chief Wilfred Okafor, regretted that they were prevented from taking possession of the slaughter market land given to them by the State Boundary committee and court judgments.

He said: ‘When we arrived at the place on February 11, some armed policemen already stationed in the market and started shooting sporadically which made us to scamper for safety.

‘Why will the same police that gave us protection on Feb 3 when we first came to take possession of the land but was prevented by suspected hoodlums who were shooting from the bush that made both the police and themselves to leave the place for safety also turn against us and started shooting at us?

‘We also wonder why government is keeping quiet over the land matter even after paying our own bills as they requested for demarcation and monuments.’

Okafor called for government intervention by putting the monument as promised after their ruling on the land.

Eastern Updates gathered that some traders were injured, others lost their meats and cash amounting to N30million while properties were destroyed when suspected hoodlums stormed the slaughter market last week.

Reacting, Police spokesperson, Haruna Mohammed said Police did not stop anybody from executing court order but responded to a distress call of imminent breakdown of law and order.

‘The timely intervention of the Police calmed the situation leading to the restoration of normalcy and free flow of traffic,‘ he added.