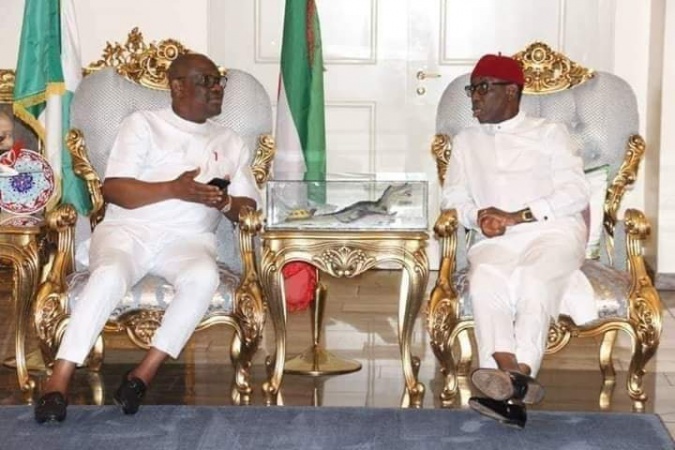 Rivers State Governor, Gov. Nyesom Wike has condoled with his Delta counterpart, Gov. Ifeanyi Okowa over the death of his father, Authur Okowa.

The senior Okowa, who hailed from Owa-Alero in Ika North East Local Government Area of Delta, reportedly died at Asaba in the early hours of Thursday at the age of 88.

Wike in a statement signed by the Rivers Commissioner for Information and Communications, Paulinus Nsirim, in Port Harcourt on Thursday, described the death of the patriarch as a great loss to the people of Delta.

‘The late Chief Okowa, who was an astute administrator and community leader, died at a time his wise counsel would be greatly needed,‘ he said.

The governor also commiserated with Okowa over the death of the Majority Leader of the Delta State House of Assembly, Mr. Kim Owerefe, formerly representing Isoko North Constituency.

‘The two deaths coming at the same time is a double tragedy for Delta.

‘The people of Rivers share in the pain and moment of the grief of Gov. Okowa and the people of Delta,’ he said.

Wike prayed to God to comfort the bereaved families and grant the souls of the deceased eternal rest in the bosom of the Lord.