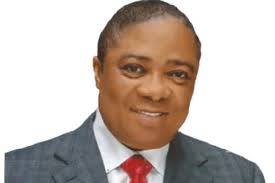 A 104-year-old widow, Mrs. Margaret Onwuelo, has dragged billionaire industrialist, Chief Cletus Ibeto, and 14 others to Anambra State High Court over an alleged attempt to take over her property.

The centenarian in her statement of claim/writ of summons asked the court presided over by Justice Denis Maduechesi to cause the defendants to pay about ₦1.5billion for disturbing her peace over a piece of land she claimed to have bought with her late husband in 1957.

Onwuelo in the statement noted that the matter, which has 15 defendants, was instituted by her on behalf of her children, except the 12th defendants (her grandson’s wife) and her offspring.

The centenarian sought among other things from the court an order of perpetual injunction restraining the defendants, their servants, agents, privies, or any other person, howsoever described, from further trespassing on her land at No 136-140 Abel Okoye Road in Egbu, Umuenem, Otolo, Nnewi in Anambra State.

In Onwuelo’s statement of claims, which was made available newsmen yesterday, she begged the court for a declaration that by the invasion, trespass, demolition, and subsequent actions of the defendants on the first plaintiff/plaintiffs’ property on the piece of land on January 6, 2021, the plaintiffs constitutionally guaranteed right to dignity of the human person, right to own property, right to privacy, right to life and right to personal liberty were grossly violated.

‘Also a declaration that the plaintiffs are entitled to the statutory right of occupancy of the piece of land.’

She also begged that court for ‘an order directing the defendants to pay the plaintiffs the sum of N30.9million being the estimated value for the repair and replacement of the demolished structures on the land when the defendants invaded it on January 6, 2020.

The centenarian among other financial requests asked the court to cause the defendants to pay her and other plaintiffs the sum of N320million for the gross violation of their constitutionally guaranteed fundamental human rights when they invaded her land, as well as an order directing the defendants to pay the cost of her legal fees for the action assessed at N50billon.