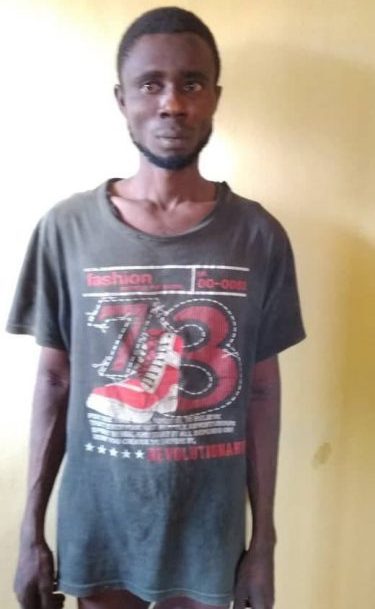 A 28 year-old man Obijofa Chukwuemeka, was arrested Tuesday night after killing his wife and 4-year-old son with a shovel which has left many people confused.

Obijofa was said to have run amok at Ofufe Nza village in Ekwusigo LGA of Anambra State.

He used a shovel to hack his 26 year-old wife, Chisom Chukwuemeka to death.

Then he wounded a vigilante who tried to rescue the victims.

In a press statement by Anambra State police PPRO, CSP Haruna Mohammed, police detectives rushed to the scene of the crime at about 7.45 p.m.

They arrested the man and took the victims to the Joint Hospital, Ozubulu.

However, Chisom and Amanda were confirmed dead on arrival by medical doctors.

All the corpses were deposited at the hospital morgue for autopsy.

Anambra State Police Commissioner, Joe Abang has directed the DPO to transfer the case to the state CID Awka for further investigation.