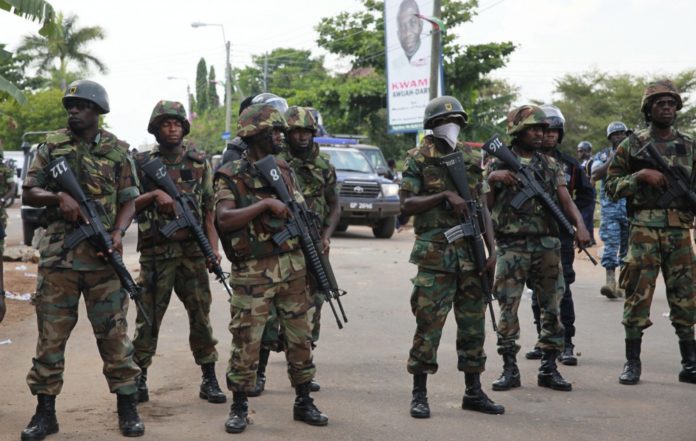 The Chief of Staff of the Biafra Nations League, BNL, and leader of Displaced Bakassi Peninsula Youths, Mr Linus Essien, has been arrested in Ikang-Cameroon border area by Nigerian soldiers.

This was disclosed in a statement by the National Leader of BNL, Princewill Chimezie Richard.

The group said Linus was arrested on Monday evening by the security agencies, who have accused the group of setting up an armed group to fight the Nigerian soldiers across the South South and Southeast.

The group also raised the alarm over arrest and torture of its members in the Bakassi Peninsula by Cameroon Gendarmes.

The group accused the Nigerian Army of allowing military from the ceded area in Cameroon to come into Ikang, in Bakassi Local Government area of Cross River State to abduct Ambazonia separatists.

In a separate statement jointly signed by the Deputy National Leader of BNL, Ebuta Akor Takon  on Monday, the group condemned the arrest of people associated with Biafra and Ambazonia in the Bakassi Peninsula, warning that such actions could result to unrest in the already troubled region.

BNL further revealed that it is planning to hoist it’s flag in Bakassi Peninsula and two other Cameroon border areas in Cross River State by February, they boasted that Biafra have more followers in the region than Cameroon government.

The group advised other pro-Biafra groups to look beyond respecting the Nigerian constitution, adding that ‘Biafra cannot be achieved without civil disobedience and a little bit of force.’