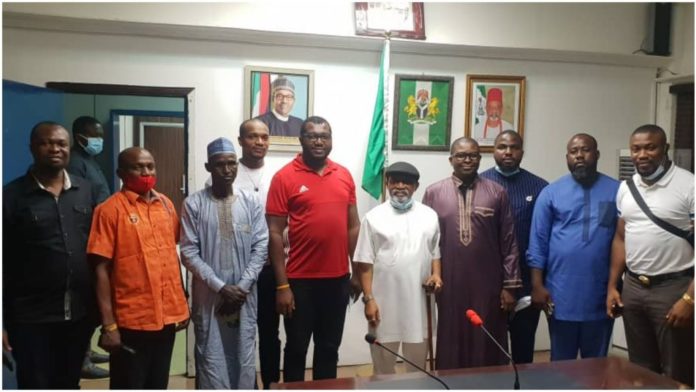 Olisa and Onyeka Eze, two princes of Ukpo kingdom in Dunukofia Local Government Area of Anambra State, who were detained for three months over a business misunderstanding with their uncle and billionaire oil mogul, Prince Arthur Eze have regained freedom.

Their release from the Suleja Correctional Centre followed the intervention of the Honourable Minister of Labour and Employment, Sen. Chris Ngige.

The princes, who stormed the office of the Honourable Minister immediately after their release last night, Friday, in the company of friends, thanked Senator Ngige for his support while they were in detention and for facilitating their freedom.

The elated Ukpo princes further eulogised him as ‘a humanist and protector of the oppressed, who stands against injustice, as well as a worthy in-law of the Ukpo community.’

‘We spent three months in prison. We spent our Christmas and New year in detention away from our loved ones, in harsh conditions over false charges. We are ever grateful to Sen. Ngige who took interest in the matter and facilitated our freedom,’ said Olisa who spoke on behalf of his brother.

Sen. Ngige in response exhorted them to be law abiding, work hard and have faith in God.