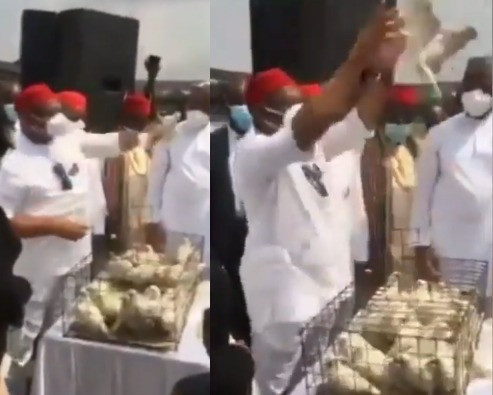 The governor of Imo State, Hope Uzodimma in celebration of the Armed Forces Remembrance Day yesterday, was caught on camera releasing some caged pigeons but they refused to fly. Instead of flying, the pigeons landed on a table where other pigeons were kept in a cage.

The governor kept on releasing more pigeons even when they refused to fly.

The incident left both the governor and other government officials confused.

Watch the video below;