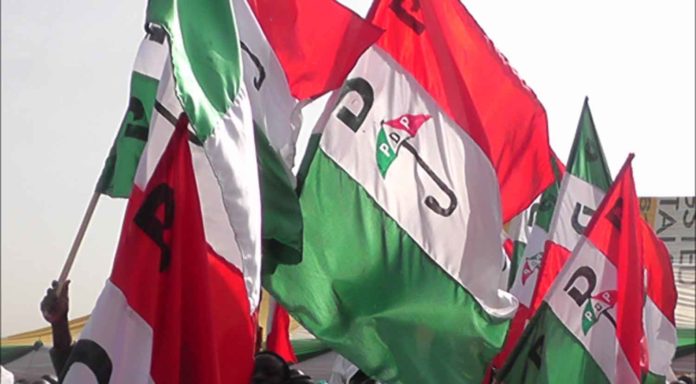 The Peoples Democratic Party (PDP) has criticized Anambra Government on the planned sales of some government assets in the state. Mr. Nnamdi Nwangwu, the state PDP Publicity Secretary said this in a statement on Thursday in Awka.

Nwangwu said it was regrettable that the All Progressive Grand Alliance (APGA) led government in the state was planning to dispose off strategic state assets.

He also alleged that the government has been selling off government property to party faithful in the state. He said it was unfortunate that the state known for industry, enterprise, and creativity had found itself in a reverse gear under the watch of APGA led government.

‘It is now apparent that the APGA controlled government has demonstrated that it doesn’t have stakes in the State by selling off the commonwealth of the state, only a prodigal son wastes the inheritance left behind by the progenitors.

‘We have it on a good note that many properties of the State in the Federal Capital Territory, Abuja and Enugu are being sold by the incumbent government. “Stripping government assets should send a warning signal to the people that the APGA led government is in dire straits and facing perilous financial difficulties,’ he said.

He accused the government of thriving on propaganda such as nonexistent foreign exchange earnings from vegetable export and the imposition of high taxes and levies on residents. Nwangwu called on the electorate to vote APGA out in the November governorship election assuring that PDP would right the wrongs in the state. Reacting, Mr. C-Don Adinuba, the state Commissioner for Information and Public Enlightenment said that the assets being sold were those inherited when the state was created in 1991. Adinuba said the assets had been hidden by some people who don’t mean well for the state but the government discovered them and decided to disposed them off. ‘The sales were advertised in newspapers where we called for the highest bidder. ‘I am going to issue a statement on that,’ he said.

Facebook
Twitter
WhatsApp
Email
Telegram
Previous articleNew Airport: Ebonyi’s Economy To Get A Boost From Dec
Next articleLet Igbo Go If You Don’t Like Us – Amaechi To Buhari Govt